We have had the pleasure of hosting the second annual marketing seminar of the "CCIV" group. 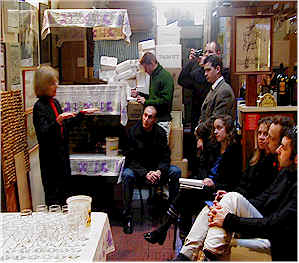 Northern California Wine Broker Alexia Moore of "Alexia Moore Wine Marketing" explains how wines are imported and distributed in the United States in general and California in particular. 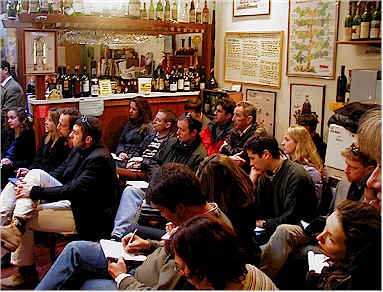 The group is comprised of students from around France, but also from Ireland, England, Argentina, South Africa and Kyrgyzstan. 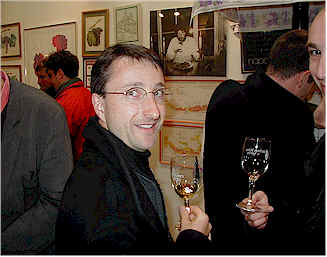 After asking many questions about wine marketing in the United States, the group was interested to taste some wines.
They visit a number of important, large wine companies on their journey, so they're familiar with Robert Mondavi, Kendall Jackson, St. Supery and Domaine Chandon. along with smaller enterprises such as Bonny Doon Vineyards and Rosenblum Cellars. 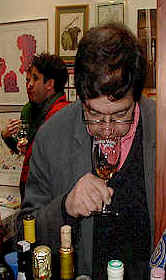 We began with a taste of 1995 Stony Hill Chardonnay from Napa, before tasting a 1996 Kistler "Sonoma Coast" bottling. 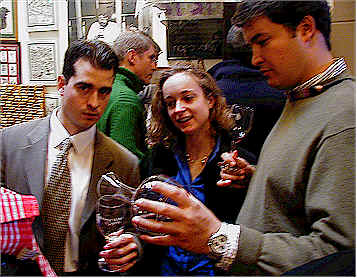 We also tasted a 1997 Turley "Dogtown" Zinfandel from Lodi, which seemed to impress the group. 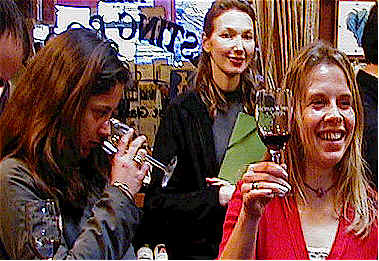 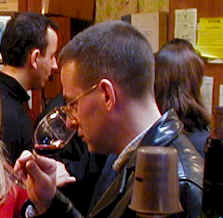 I also opened some wines which were older than a number of the students, including a 1966 Louis Martini "Special Selection" Cabernet Sauvignon. 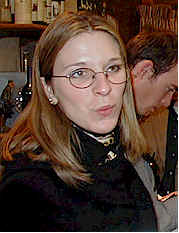 We also tasted a Carol Shelton Mendocino Zinfandel called "Wild Thing" which aroused curiosity, since it's so spicy. 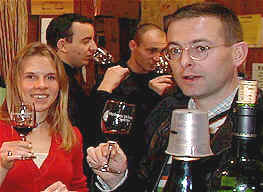 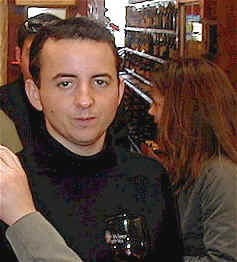 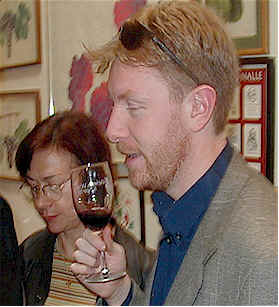 A request to taste a modestly-priced wine was met with a bottle of Falesco's 2000 "Vitiano" from Italy.  This sells for just $8.99 and is a blend of Cabernet, Merlot and Sangiovese. 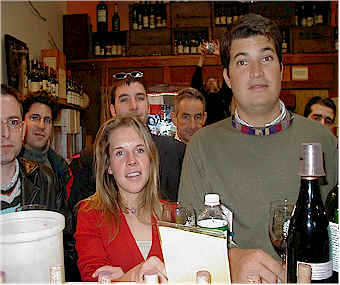 Then we opened a bottle of "Mystery Wine."  The group attempted to guess the type of wine, but, ultimately, was stumped by the wonderfully exotic 1999 Duxoup Napa Valley Charbono.

We opened another modestly-priced wine, a superb example of California Carignane from the Pellegrini Family in Sonoma's Alexander Valley.

THE 2001 VISITORS (The Inaugural Visit)