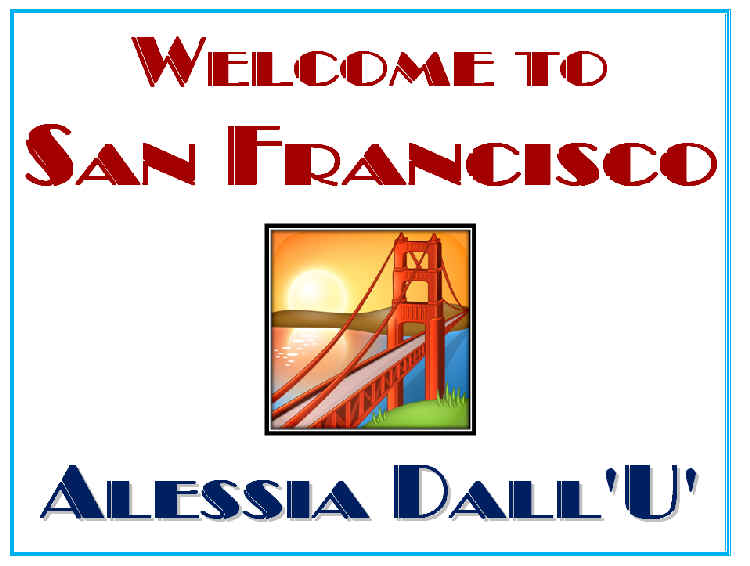 A small contingent of Californians was on hand at San Francisco's International Airport to meet and greet Alessia from Barolo.

Her plane from Newark on United Airlines was a mere three hours late, despite having good weather on both the east and west coasts.  The pilot decided the plane needed a quart of oil and a tune-up, so they did not land until 10pm, despite having a scheduled time of 6:50!

At sunset, there was even a welcome message in the sand at the beach in San Francisco! 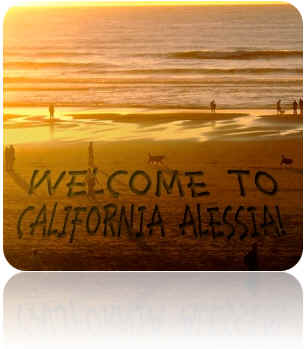 Miss Alessia finally was escorted from the plane by a United Airlines official and she found the Sicard Family and me, sporting welcome signs such as the one above with balloons.

Happily, they did not lose her luggage and we soon were off to a late dinner.

Periodic text messages and calls from Alessia's extremely nervous and worried Mom were welcomed, but even more welcomed was a glass of cold water and some good food.

We ventured to Burlingame to the Mokutanya restaurant. 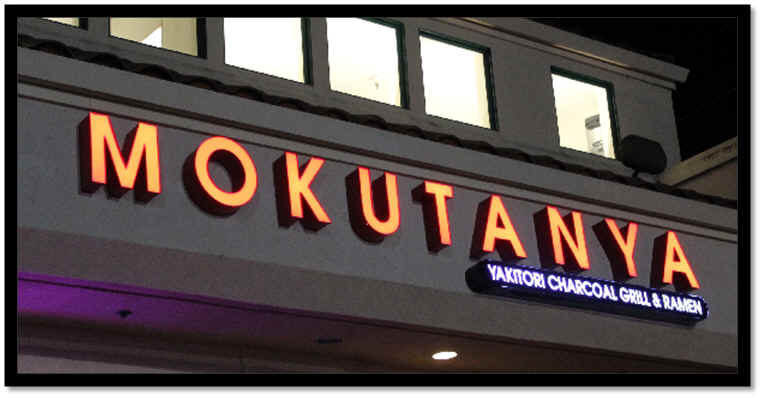 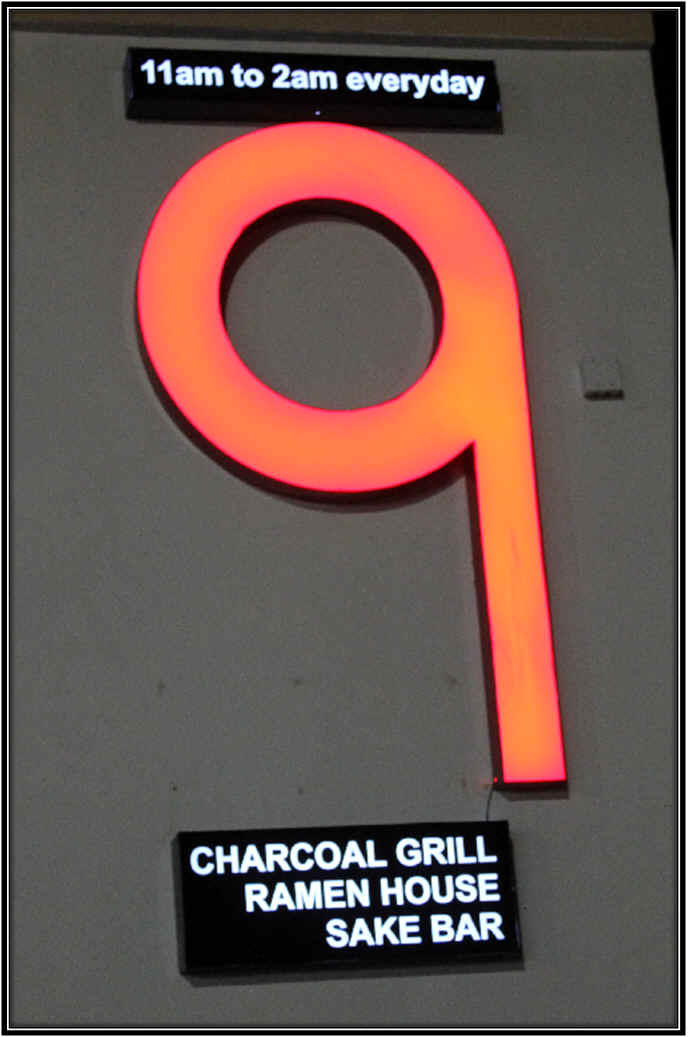 The staff at Mokutanya had a table ready, knowing the famous Alessia Dallu was to dine at their restaurant.  Everyone took off their shoes and we were seated in a glass booth with a table low to the ground.

We brought a couple of bottles for this meal, starting with a lovely Provencal Rose from the Saint Pierre Sicard Estate. 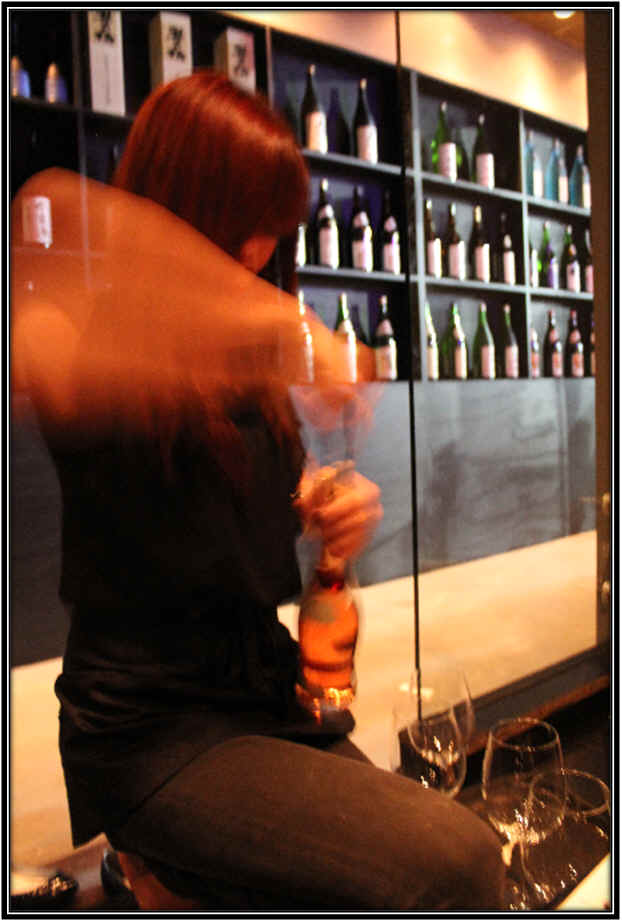 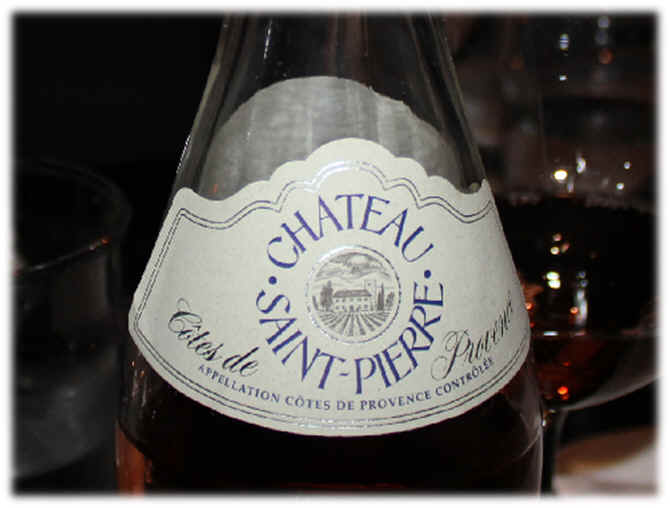 Alessia is visiting California and staying with the Sicard family.
She was delighted to meet Clementine especially. 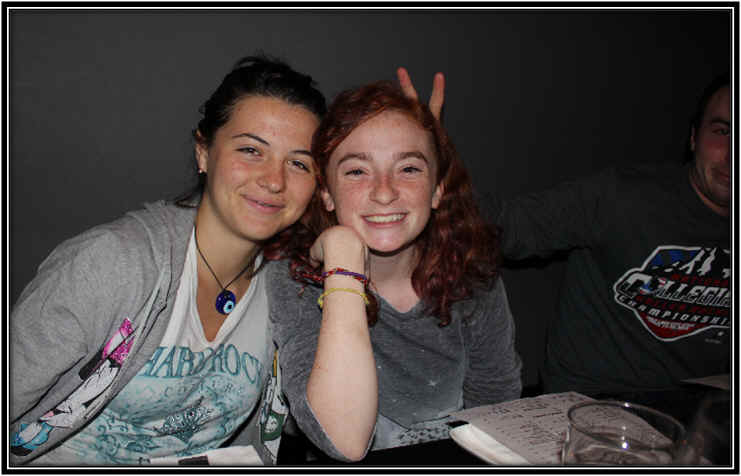 Alessia, Clementine and part of Felix.

Our friend Alanna joined the party vicariously via her I-Phone: 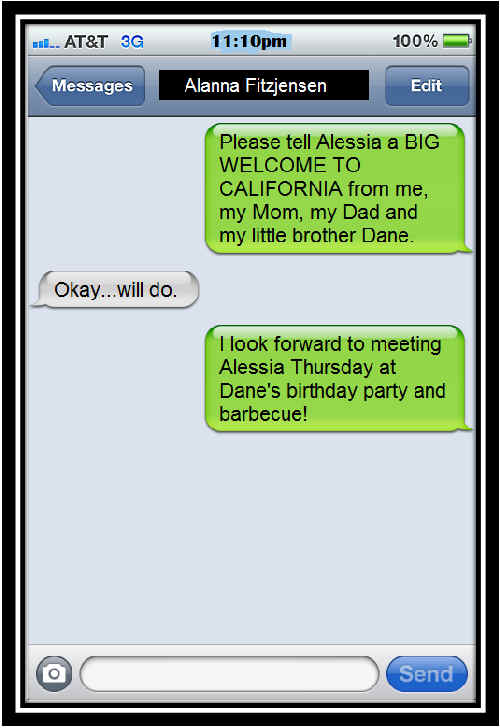 Having been offered nothing but the chance to buy a snack on the flight from Newark, Alessia was delighted to see real food. 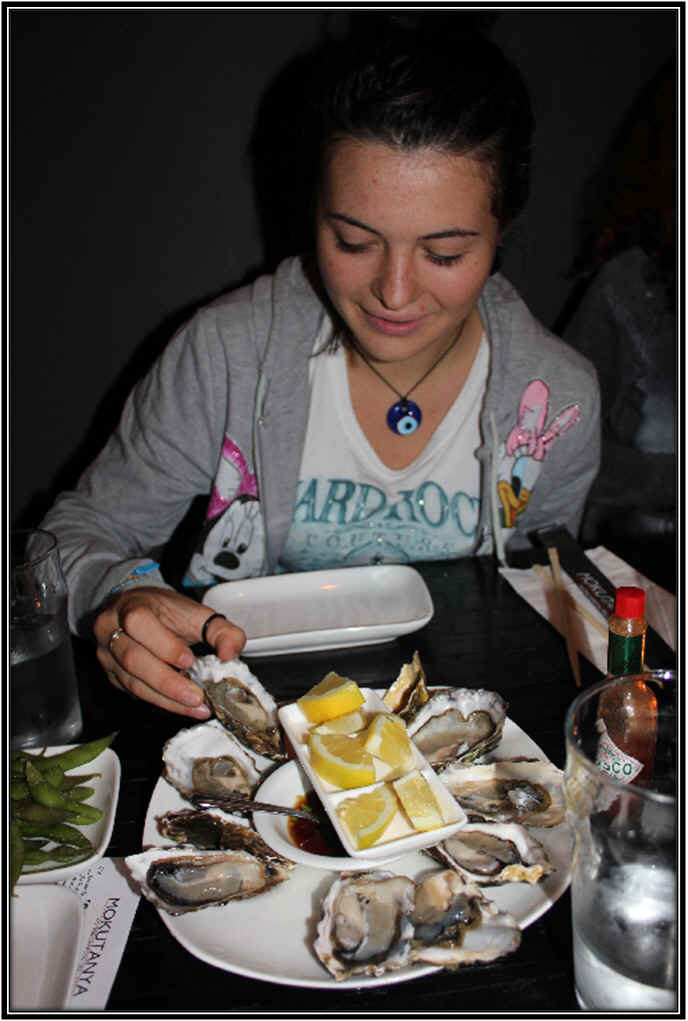 And Mokutanya offers fresh oysters for a buck a piece on Mondays and Tuesdays!
Skookums and Fanny Bay Oysters, the former from Washington and the latter from farther north in Canada. 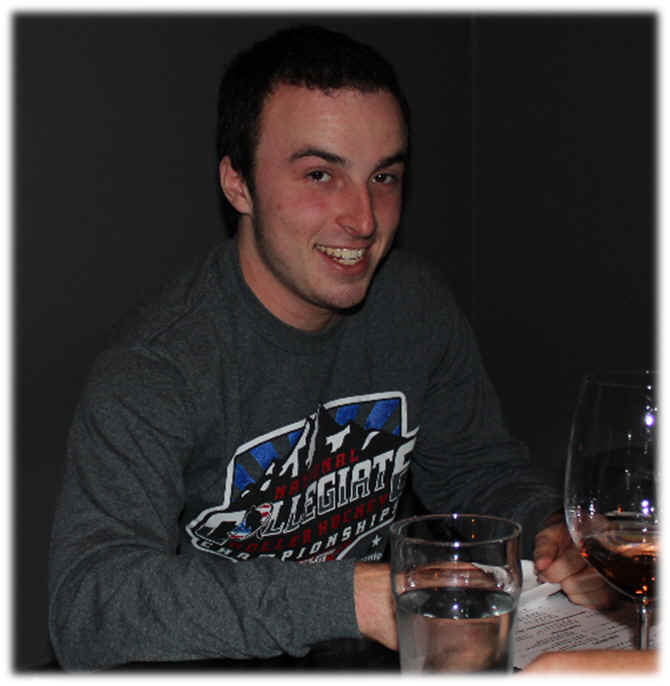 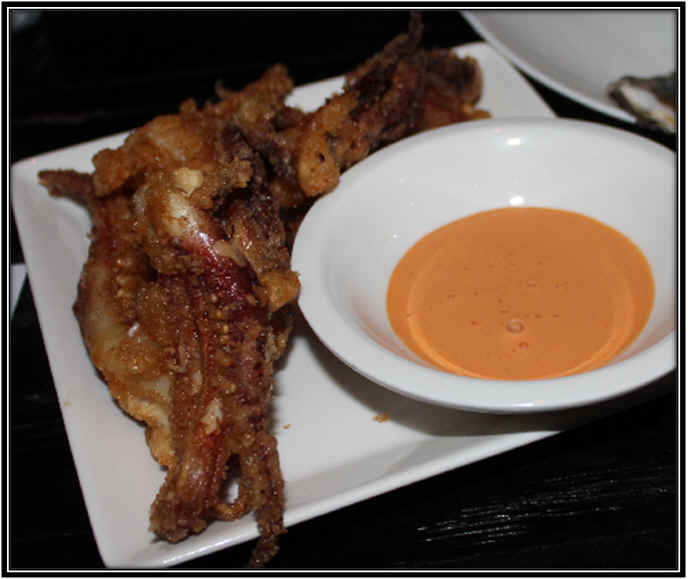 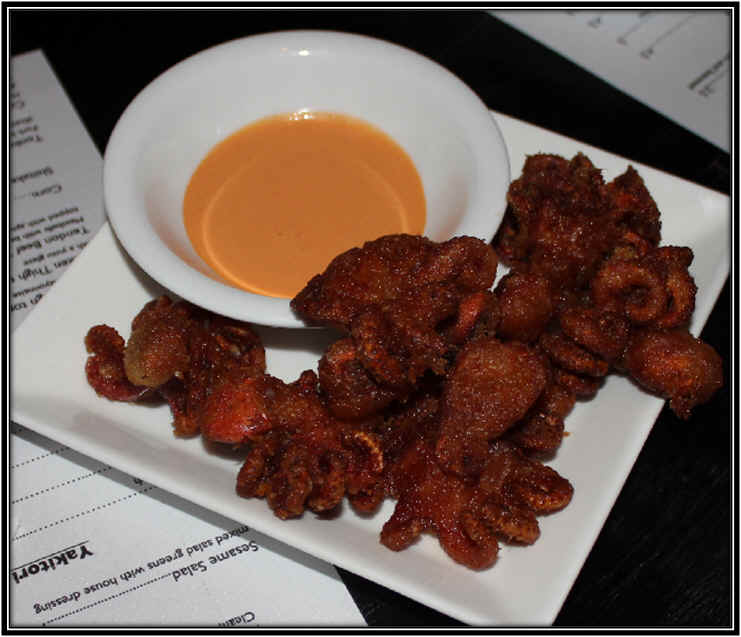 Alessia was amused by the notion of eating chopsticks... 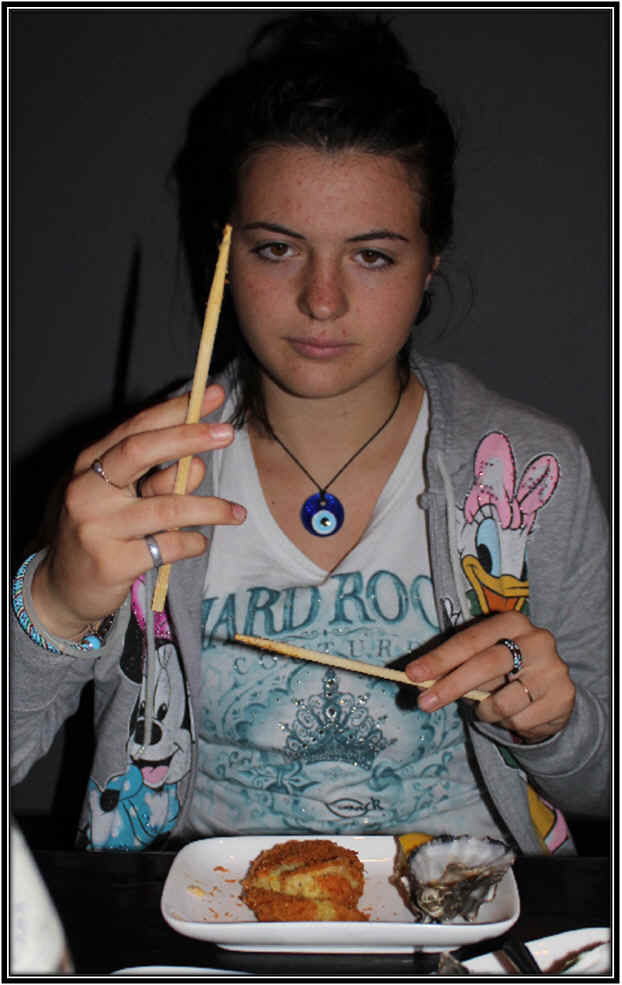 But she figured out how to use these, mostly. 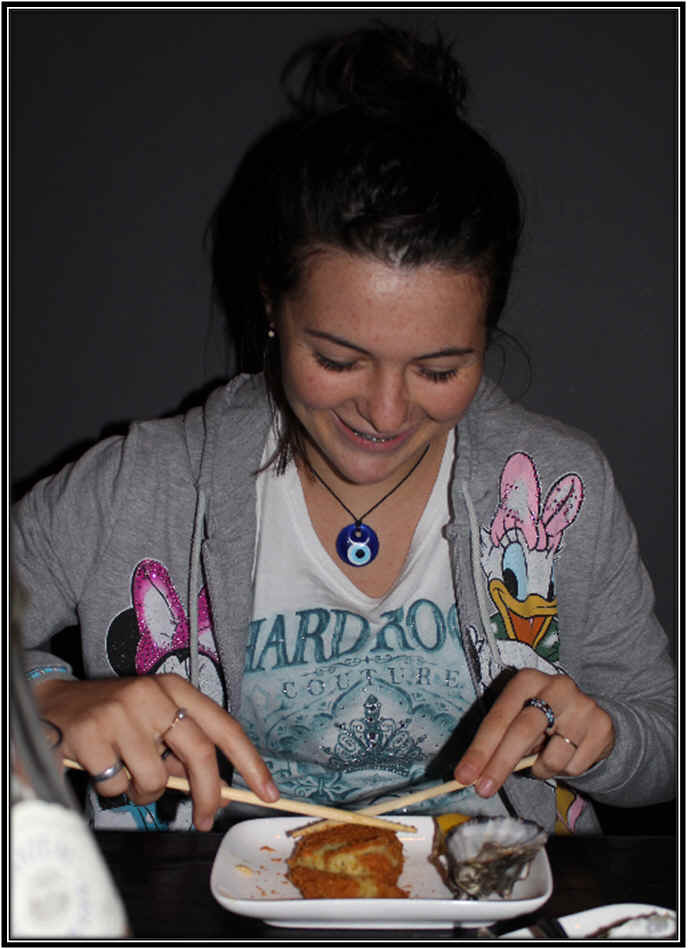 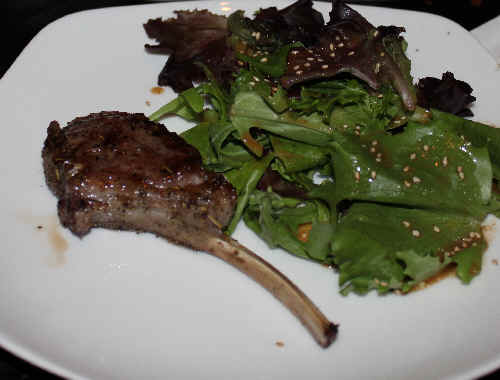 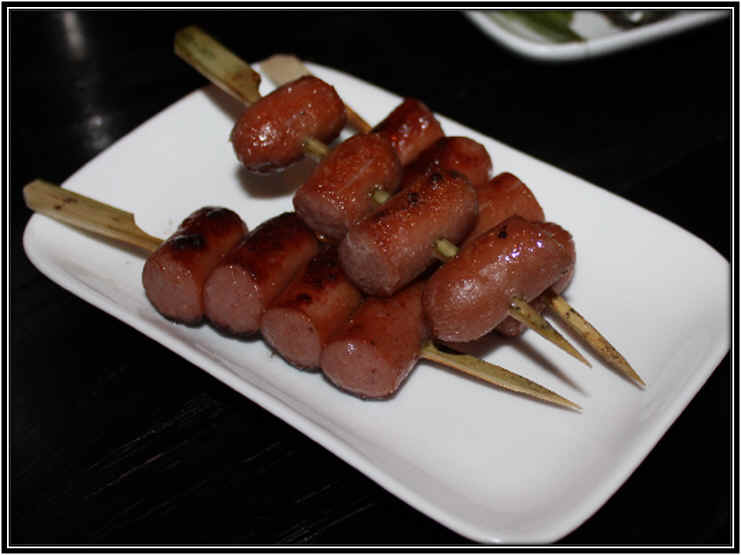 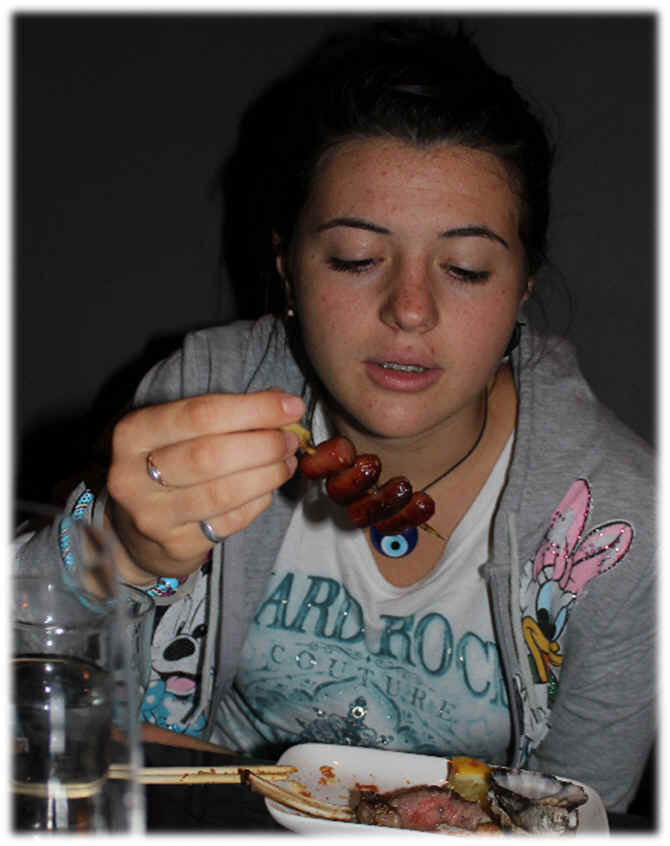 The hour being rather late, Clementine multi-tasked by snoozing while having dinner. 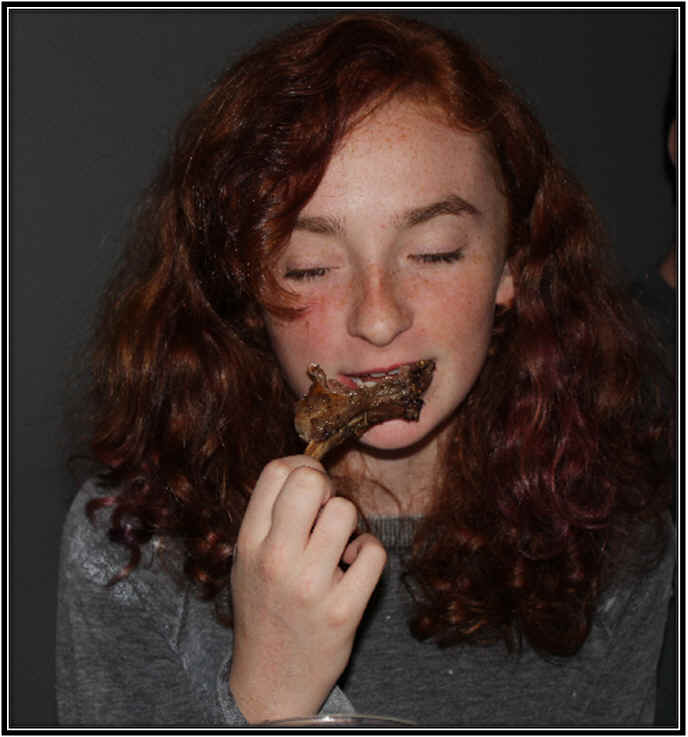 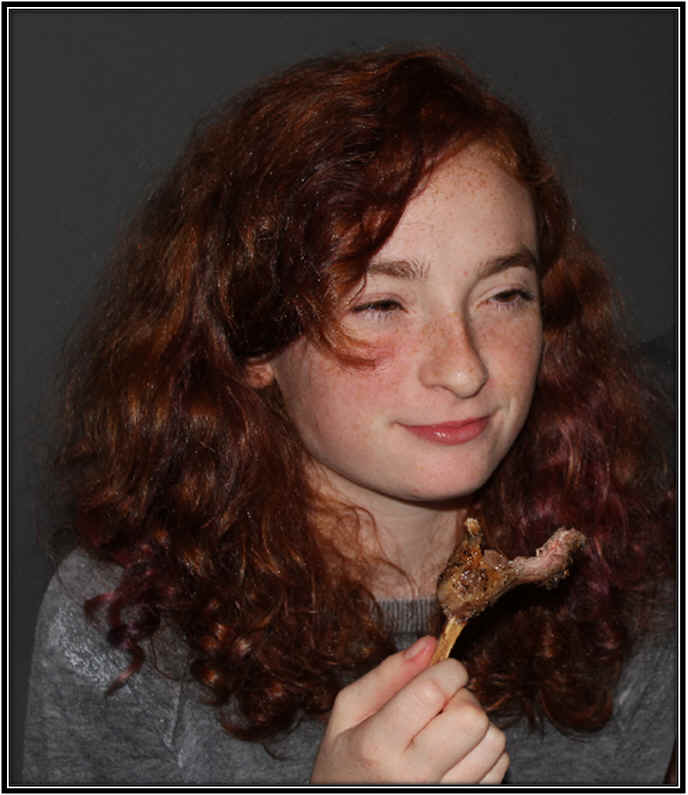 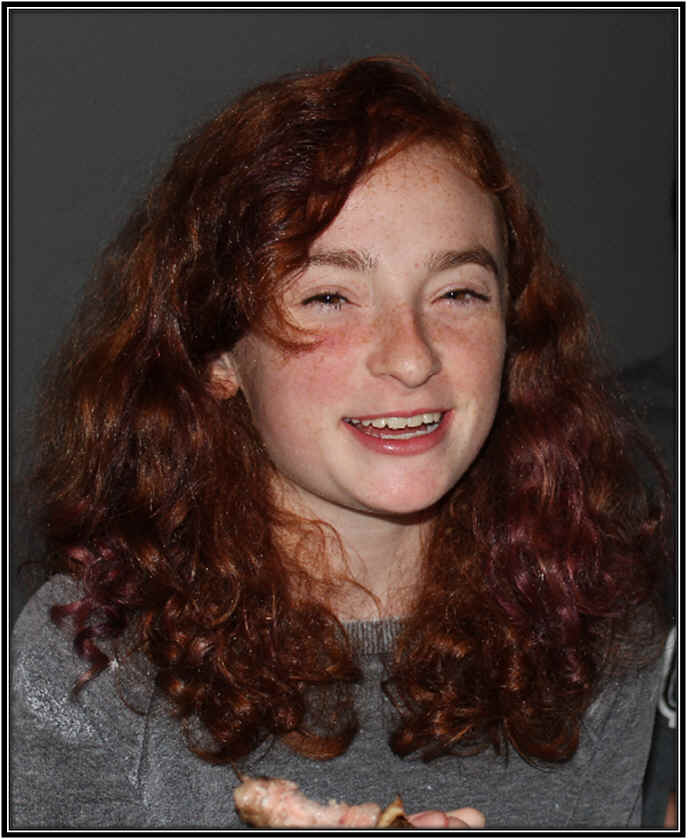 Everyone was thrilled by the Wagyu beef. 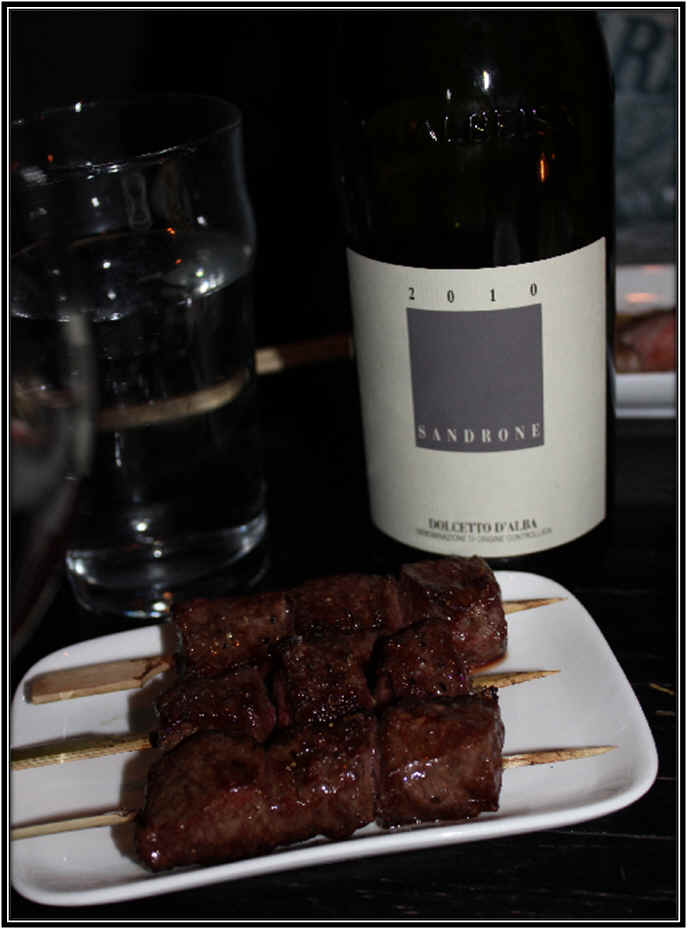 And we opened a bottle of Alessia's family's Dolcetto d'Alba.
This was a delightful combination!

We also had some surf to go with our turf... 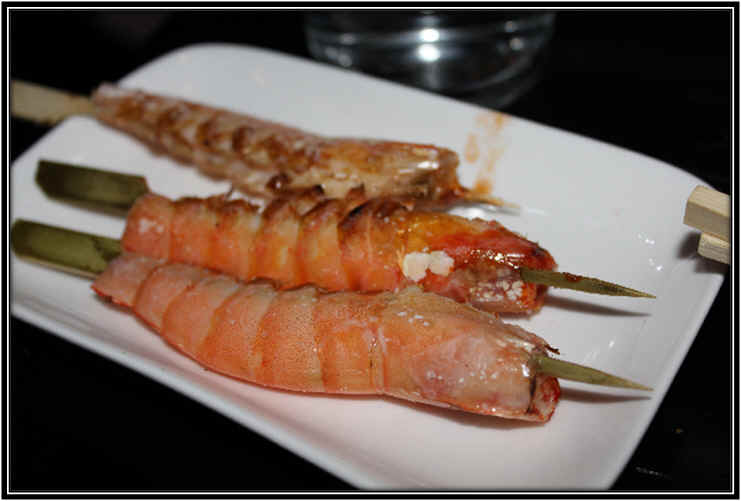 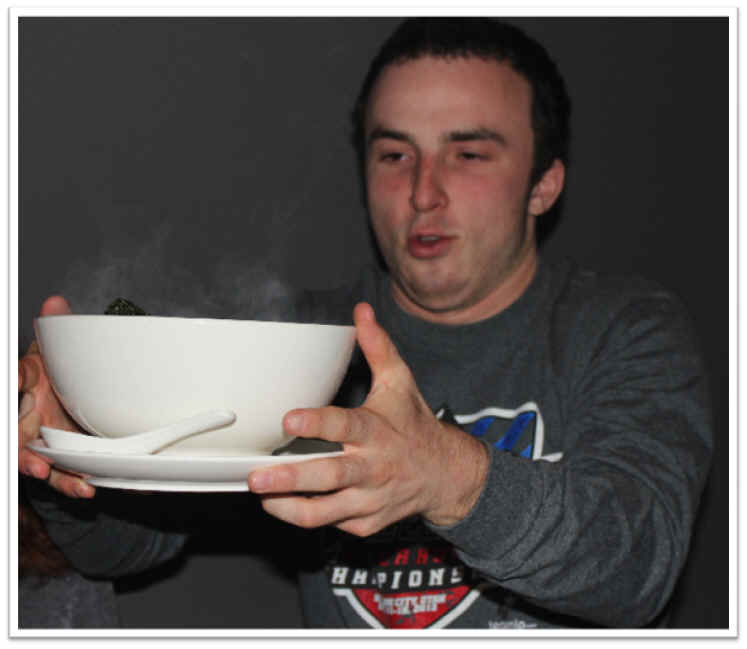 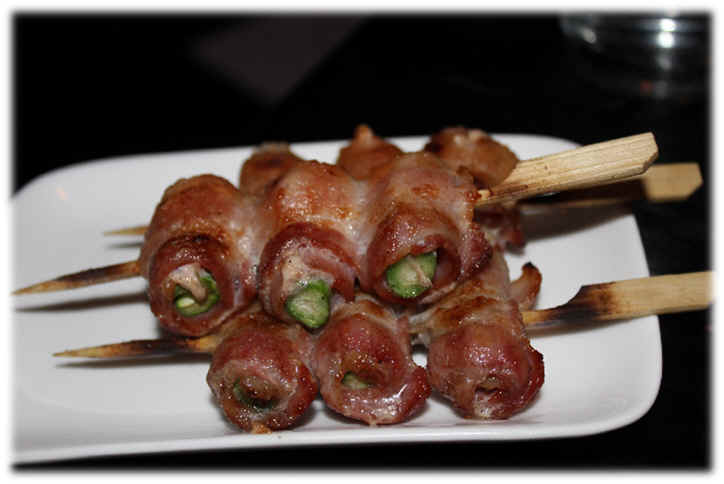 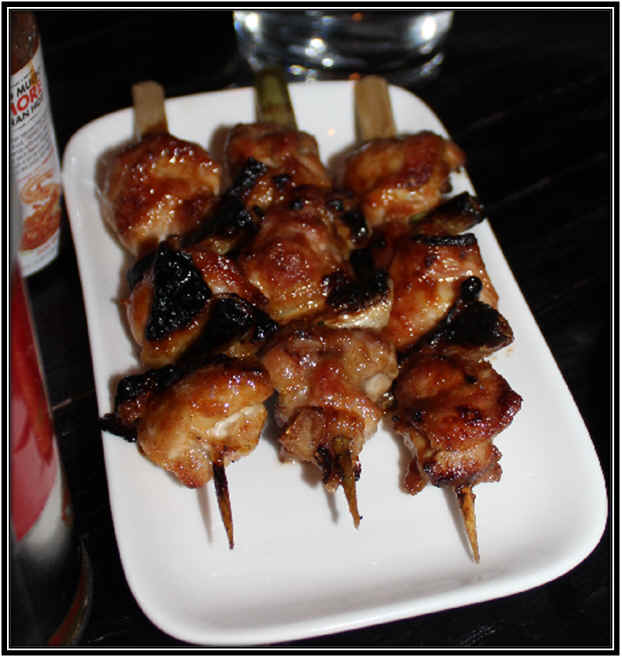 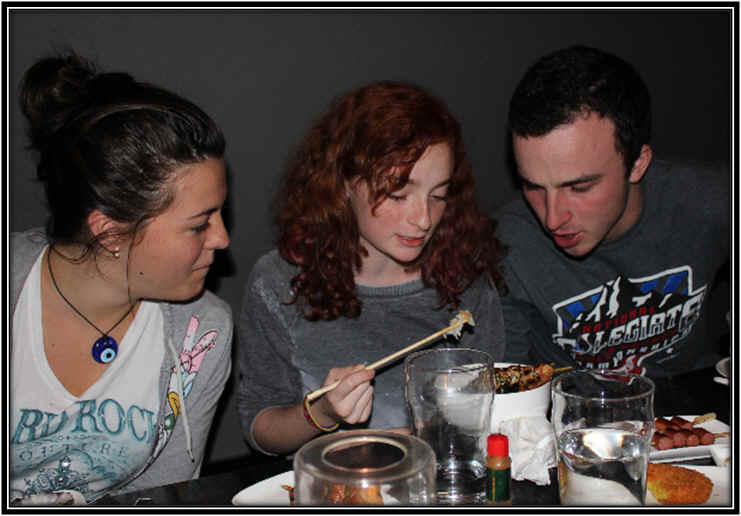 Clementine ordered Japanese Risotto which was interesting to Alessia who asked for the recipe.

At this point, if she wasn't totally wiped out when she landed after such a long "day" of traveling, Alessia was certainly "toast" as the clock struck midnight!

And now, with he luggage in the Sicard-Wagon, Alessia and her California family drove down the road so she could snooze a few hours until it's time for her "mani & pedi." 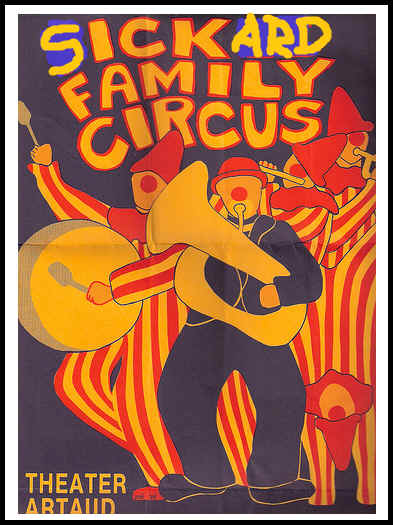 ON TO THE AMERICAN HAMBURGER, BACKYARD BARBECUE PAGE

ON TO A SUNDAY IN SAN FRANCISCO

Back to the Page of Barbara Sandrone, Alessia's Mom,
Having a Festa with the Freschet Family