The winemaking history in Oregon is all relatively recent, though there were some intrepid souls making wine as far back as 1860 according to historians.  A German fellow named Reuter won a medal in St. Louis for his wine which hailed from Forest Grove in the Willamette Valley.

For years, the face of Oregon winemaking was the Honeywood Winery in Salem.

This warehouse-of-a-winery still exists today (and they keep longer hours than the numerous wineries selling table wines!), featuring all sorts of fruit wines and a handful of table wines.  Most vintners working to elevate the image of Oregon winemaking probably wince when the name Honeywood comes up in conversation. 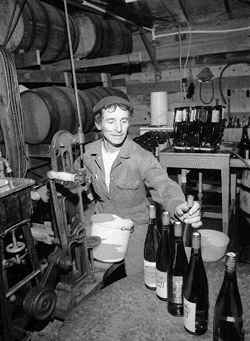 In the early 1960s, a fellow named Richard Sommer left California to establish a vineyard in Southern Oregon.  He settled in the Umpqua Valley, planting Riesling against the advice of California viticulture and enology school professors.
Sommer, who never had any kids, used to say he was the "Grape Grandfather of Oregon Wine and he had a lot of little bastards out there."
I recall tasting some curious wines of this label back in the 1970s and wondered why anyone would bother making such a beverage. 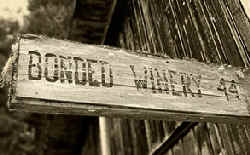 The Hillcrest winery still exists today, though Sommer passed away in 2009.

A fellow named Charles Coury had studied at the University of California at Davis and he'd written his thesis on the relationship between climate and grape varieties.  If his professors knew he was heading to Oregon to plant grapes, they might not have let him graduate, for they all thought this to be a crazy notion.  But in the 1960s Coury planted Riesling and Pinot Blanc.  He also planted Pinot Noir and was on the right track even if his wines were not especially good.  He had a nursery and sold grape vines, including what is called the "Coury Clone" of Pinot Noir.

Coury's enterprise was not much of an economic success and it didn't last long as his wines were not much better than those of Richard Sommer and Hillcrest. 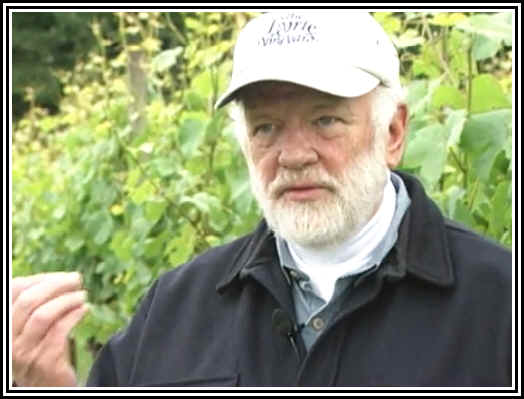 The premium wine pioneer was the late David Lett whose family owns The Eyrie Vineyards.  Lett figured California's climate was too warm for Pinot Noir, but that Oregon's Willamette Valley might prove a superior climate for this very difficult grape.

In the mid-1960s Lett began his work, planting Pinot Noir, starting his winery in 1970.    Some of his wines attracted attention, faring well in blind-tastings with California and French Pinot Noirs.  One of Burgundy's "royal" wine families, Drouhin, was so impressed by an Eyrie Pinot Noir, they purchased acreage and set up a winemaking facility.

Another pioneer was Dick Erath who had a partner named Cal Knudsen.  The two of them started a winery brand called Knudsen-Erath, though the partnership dissolved and today there's a wine brand called Erath, though Dick is not involved, selling the winery in 2006 to Chateau Ste. Michelle, the Washington state behemoth vintner.  I can recall the Knudsen Erath 1975 Pinot Noir as marking a major milestone in Oregon winemaking. 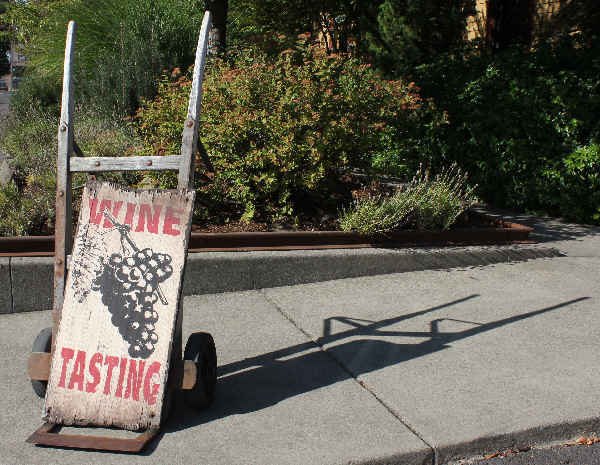 Moving into Lett's and Erath's "neighborhood" were the Ponzi family and, soon after, the Adelsheim family. (Adelsheim was a sommelier at L'Omelette restaurant and created a stir by having a wine list with Oregon offerings exclusively...this was in 1975.)

I'll admit to being more a fan of Ponzi's wines than the others.  The wonderful (and maddening) thing of Pinot Noir is each taster has a different sensitivity to the grape.  For me, the Ponzi Pinots have, for the most part, struck a chord with me over the years.  But that's my personal viewpoint.  You may find you prefer the others. 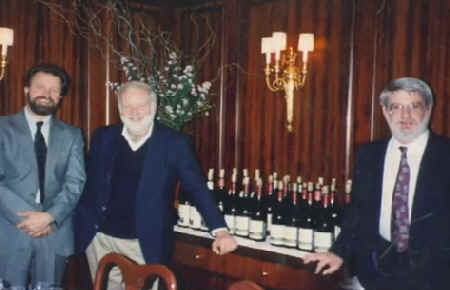 Dick Ponzi, David Lett and Dave Adelsheim
shortly after the introduction of electricity
in the state of Oregon.

Another pioneer is Bill Fuller, a fellow who was at the helm of a winery called Tualatin Vineyards. 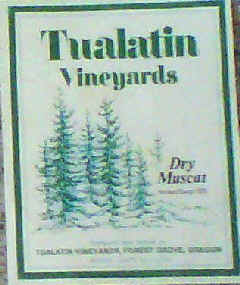 They made Riesling, Gewurztraminer, Muscat and Pinot Noir...or, at least, they tried to make those wines.

The landscape has changed over the past couple of decades.

We should mention (and tip our cap to) the late winemaker Gary Andrus.  He was a character and founded Napa's Pine Ridge winery (named after a favorite ski resort...Andrus was quite an accomplished skier) before venturing to Oregon to start the Archery Summit winery.  (Winemaker Stacy Clark was an avid archer, by the way.)
Gary and Nancy Andrus sought to produce top Pinot Noir and, while they never seemed to really "fit in" to the neighborhood, they did up the ante with a lavishly-oaked style of wine that was unusual in that era.

There are now more than 750 wine producers in Oregon and about 1140 vineyard owners.   This is a hugely different world from 30 years ago!  Back then there were just 47 wineries in Oregon. 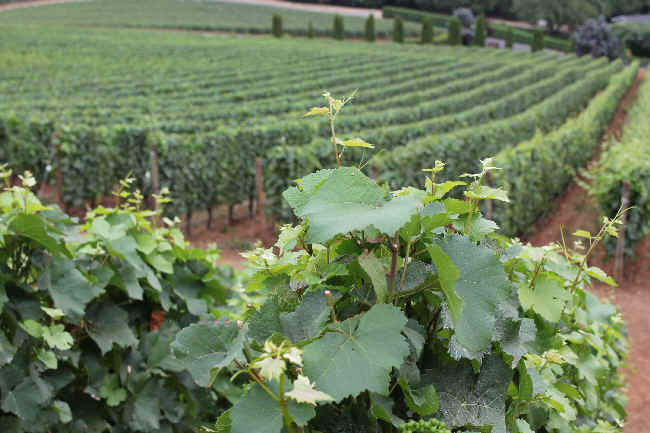 The main Pinot region is the Willamette Valley, just south of Portland.  But it's not "just south" of Portland.  The Willamette Valley appellation actually encompasses something like 5200 square miles, ranging from the Columbia River in the north to Eugene, Oregon, a distance of approximately a hundred miles!
You'll need at least two hours to drive from one end to the other. 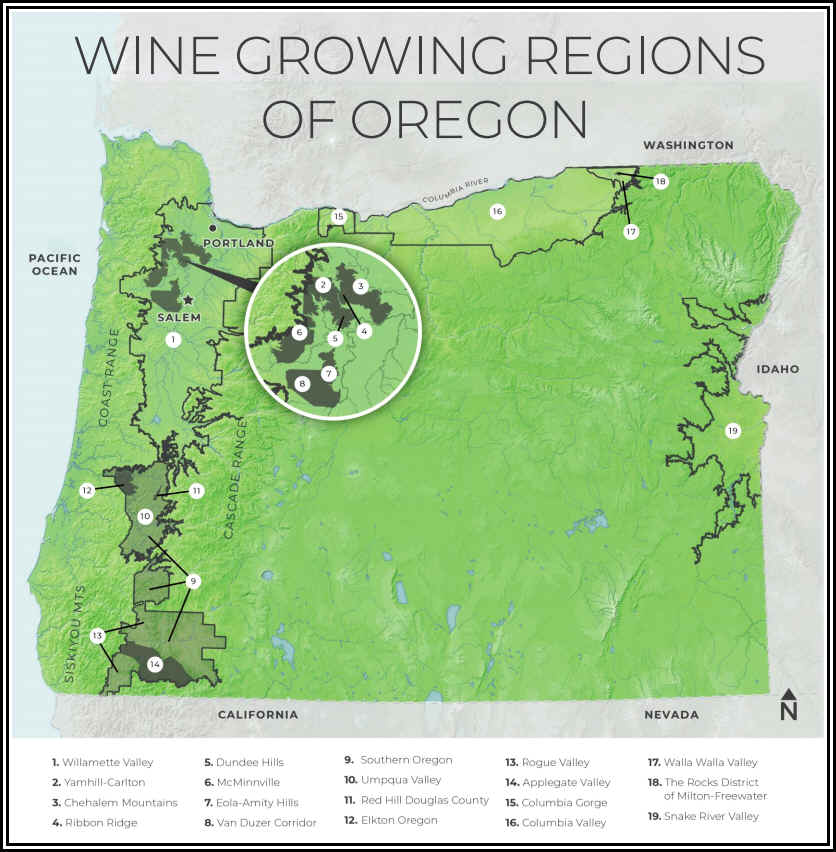 Map Courtesy of the Oregon Wine Board...updated in December of 2019


Though unofficial, most people view Willamette in two segments, the northern portion being north of the city of Salem and the southern part extending from Salem south to Eugene.

CLICK HERE TO SEE A GOOD MAP OF THE VARIOUS AVA's.


Wine writer/guru Robert Parker, he of The Wine Advocate fame, had a financial interest in an Oregon winery called Beaux Freres.  Whether this colored Mr. Parker's view of Oregon wines is unclear.  Parker did not review his own wine, but, it's interesting to note, he did review the French wines imported by the company which had once distributed Beaux Freres.
And, claiming to review these impartially, their wines seem to get unusually high scores.  Hmmmm.
Parker later sent an emissary to taste and evaluate the wines, as it's not clear Parker could really evaluate wines which are not as powerful as Cabernets and deeply-colored as Rhone Valley Syrahs.

The Rogue River Valley and Umpqua Valley are areas with some potential, too.  Scott Henry's "Henry Estate" is famous more for his viticulture than his winemaking.   I've visited properties in Europe and they are proud to say their vines are trellised "...in the Scott Henry system."  In these southern Oregon areas you'll find warmer climate varieties such as Zinfandel, Cabernet and Merlot.  We've seen some good wines made of Rhone varieties, interesting Malbec and the Tempranillo grape seems to have found a new home.

As many of the wineries in Oregon are small, the laws of supply and demand tend to skew pricing of the wines in an unfavorable direction, at least from the standpoint of those paying for those rare bottles.  The problem, then, is that the top wines of Oregon are rather expensive.  But that's only part of the problem.  Some less-than-stellar wines are also expensive, a result of scarcity.  This situation is much like Burgundy. 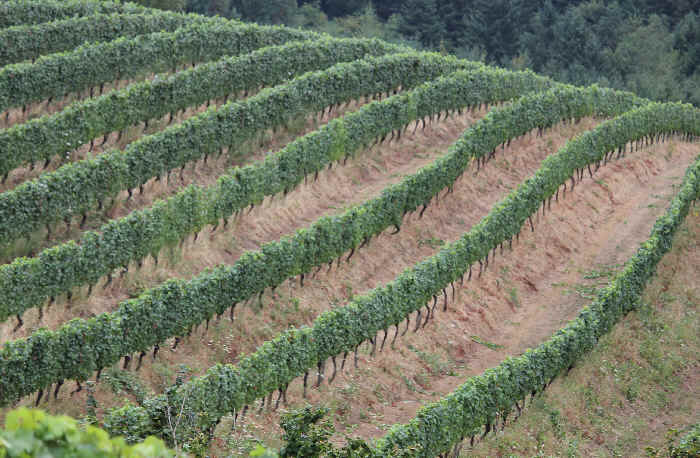 Pinot Noir remains "king" in Oregon.  As of 2017, there were more than 33,995 acres of Vinifera grapes, Pinot Noir accounting for 20,615 acres.  Pinot Gris plantings tally to 5,080 acres, followed by Chardonnay (2405 acres), Riesling (500 acres), Syrah (1680 acres) and Cabernet Sauvignon (1380 acres).   Growers are dabbling with Grüner Veltliner and Albarińo, amongst others. In fact, the latest tallies show Oregon is home to more than 70 different grape varieties. It's a very interesting state of affairs.

As with many wineries in the U.S., vintners want top dollar for their artistry.  Some years ago, it was impossible to find an Oregon Pinot Noir which was not premium-priced.  These days, happily, there are many good bottlings available from Oregon for around $20.  Vintners, it seemed, learned to charge premium prices before they learned to produce premium wines.  Today one can find good quality Oregon wine in all price categories.

In tasting Oregon Pinots over the past several decades, I can tell you the winemaking and grape growing have improved tremendously.

It seems to me, though, the winemaking in Oregon is a bit more "honest" than, say, here in California.  If you do some serious exploration in the realm of Pinot Noir, you will hear about cold soaking and bleeding off juice to have a higher skin-to-juice ratio (with high priced wines along the West Coast and elsewhere, "bleeding" is a term which may refer to your wallet when you have to pay an inordinate sum for a bottle of wine...but that's another story).

Yet look at the color of Oregon Pinot Noirs.

You won't find some of the dark, intense colors one encounters in many California wines.  (And Syrah is an emerging grape variety in Oregon and I've tasted a number of really good examples of Rhone-styled Syrahs.)

Oregon has somewhat more stringent wine laws (for those who follow them) than does California, for example.  A varietal wine in California must contain 75% of the grape named on the label.  In Oregon, of the 72 grape varieties cultivated, 18 are allowed to adhere to the 75% minimum, but most (especially Pinot Noir, Chardonnay, Pinot Gris and Riesling) require a minimum of 90%.

We should give these Oregon vintners credit, for in an era where so many wineries rely upon numerically high point scores to provide credibility for wine quality, you can actually see light through a glass of Oregon Pinot Noir.  This certainly "costs" these wines some points, as most reviewers give higher scores to wines of darker color and fuller body.

Pinot Noir producers have long known this dynamic.  In France's Burgundy, vintners would fortify their wines with darker wines from the Rhone Valley near by or wines imported in bulk from Algeria or Italy.  In California, it was common practice to blend Pinot Noir with darker-colored Petite Sirah or Zinfandel.  These days, many winemakers may make this fortification with Syrah or a concentrate called Mega Purple.  Nobody will admit to this practice, of course. 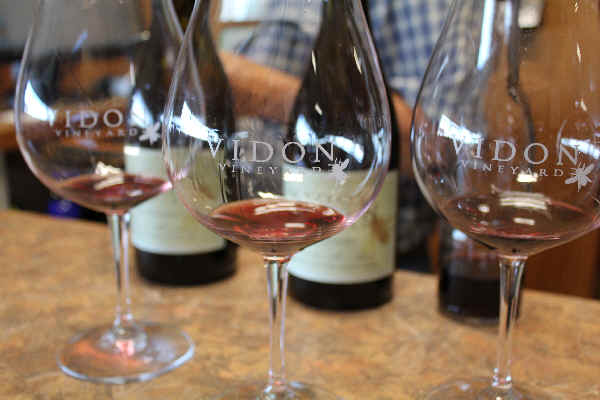 So, please raise a glass (and notice the lack of inky color) of Oregon Pinot Noir and toast to the integrity of the winemakers.

Here's a nice little video with some of Oregon's "second generation" speaking about their "crazy" parents who were real pioneers in wine growing and winemaking.


Southern Oregon is quite a bit below the radar, but we've been exploring some good wines from there.
One fellow has a good Marsanne/Viognier blend...and a good Malbec!   Syrah also seems to be well-suited to some regions in Oregon.
Riesling is overlooked sadly...there are good bottlings of Oregon Riesling, but as with other regions around the world, that noble grape often does not attract much consumer interest.

A tasting group with whom we taste conducted a surprisingly good tasting of Tempranillo wines from Southern Oregon.  We included Spain's Pesquera as a bit of a benchmark and it was bested by a couple of Oregon wines!  The wines were not inexpensive, but the quality was such that the wines may merit a premium price.