Thanks to a connection with our dear friend, Valerie Aigron, we were put in touch with   Catherine LaPorte, director of this Odyssee.

A group of more than 20 students arrived on Saturday morning, fresh from visits to some North Coast wineries. 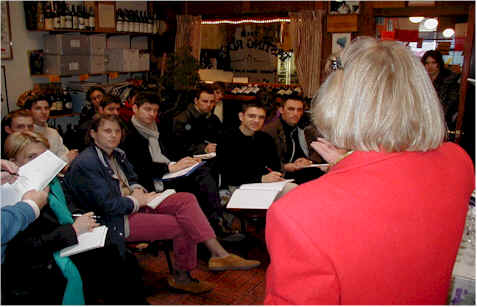 "PROFESSOR" ALEXIA MOORE Attempts to explain how wine is sold and distributed in California. 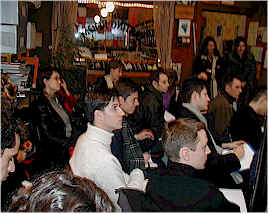 The students listen intently, some even taking notes. 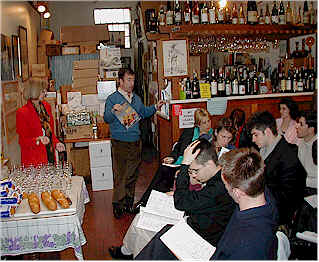 Importer Oliver McCrum attempts to explain his business.
Notice the fellow in the front row with the headache as he attempts to figure out how wine is sold here. 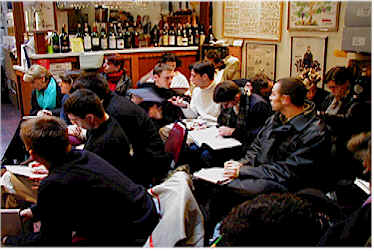 The Phone-Book-like catalogue of a large, bazillion-dollar distributor is passed around. 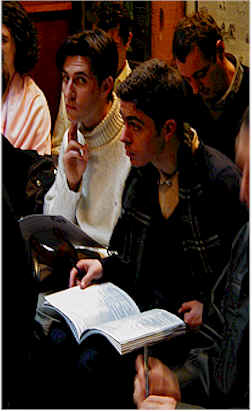 "Mon Dieu!  This is a telephone book!"