Burlingame was an attorney before entering the world of politics.  He served in the Massachusetts state senate before running successfully for the U.S. Congress.  Burlingame served in Congress until he lost a bid for his third term, his first service as a member of the "Know Nothing" Party (you don't get that sort of 'truth in advertising' today in politics, do you?).
President Abraham Lincoln appointed him as U.S. Ambassador to Austria, but the Austrians wouldn't accept his candidacy on political grounds.  Lincoln them appointed him as his ambassador to China.

Burlingame went to China and resided there for a number of years.  Traveling back and forth, he'd arrive in San Francisco.  Meeting banker William Ralston, Burlingame became enthralled with the "country" property Ralston was developing and selected a sizeable parcel for his retirement home.  Ralston named this property "Burlingame."

Here's a quick link to the city statistics:
http://community.insidebayarea.com/almanac/burlingame.asp

The city was incorporated in the early 1900s and today is home to some 28,000 residents.

One of the joys of the San Francisco Bay Area is the availability of good wine (right here in our little shop!) and food.

Area residents are increasingly interested in both wine and food.

Burlingame hosts the weekly "FRESH MARKET" on Sundays from May until November.  This is located on Howard Avenue, about 1.2 miles south of Broadway and one block south of Burlingame Avenue. 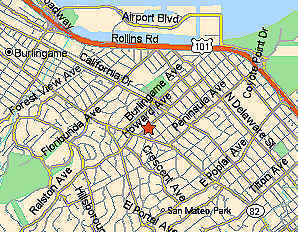 FROM 101:  EXIT AT BROADWAY.
GO WEST, UP BROADWAY (you're welcome to stop at the store, but we're closed Sundays!).
and LEFT (southbound) at EL CAMINO REAL.
You'll dive about 1.2 miles.
LEFT AT HOWARD AVENUE.
(Safeway is the landmark.)
One and a half blocks will get you to the market.

The 2020 "season" has opened and we're delighted with its return! 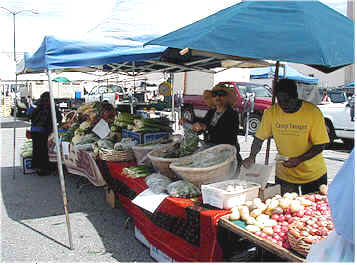 Our favorite "Salad Lady" comes from south of Gilroy, in San Juan Bautista.

This little stand has a lovely assortment of organically-farmed greens, potatoes, garlic, shallots and other assorted vegetables.

A pound of salad greens (picked that morning) costs about four bucks.  I've seen some locals react poorly to this reasonable price.  Yes, you can buy salad greens cheaper elsewhere.  You will have trouble finding better quality unless you farm them yourself. 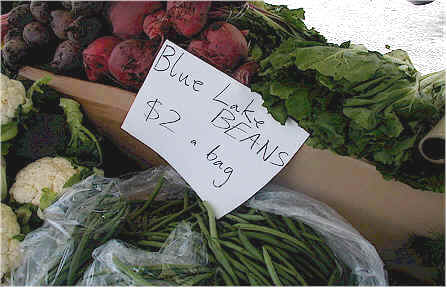 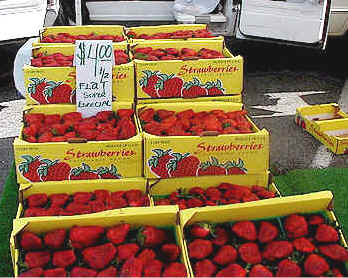 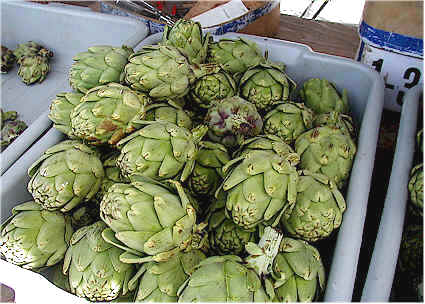 You can buy decent artichokes in our local grocery stores, but they're rarely as fresh and flavor as the ones from the Artichoke Guy.
I paid a buck for three of these. 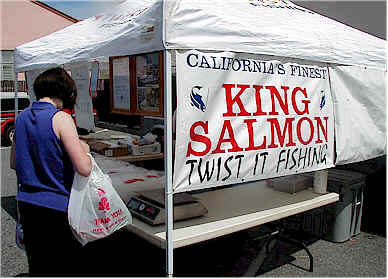 Fresh Salmon?  This pairs quite handsomely with some of our Pinot Noirs! 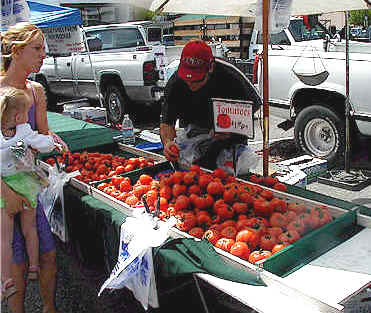 This fellow grows a rather nice tomato: Cobra.
Bob, who had a lot of gardening experience, was a big fan of the seeds of the French Vilmorin company.  Cobra is one of Vilmorin's tomato varieties, one which ripens nicely and has a pretty good "shelf life."  This fellow picks 'em when they're red.  While they might not have the beautiful appearance of most of the "cardboard" tomatoes in the grocery store, these DO have a lovely aroma and they TASTE like tomatoes!
I paid $1.50 a pound. 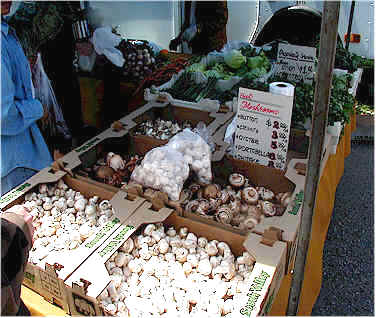 A variety of mushrooms can be had. 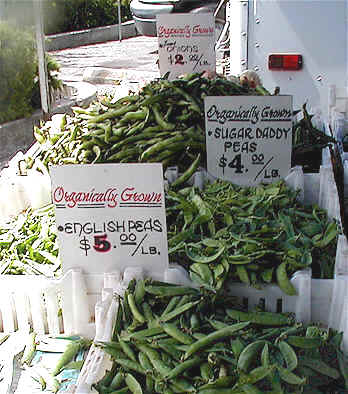 People were queued up for peas.

MORE TO EXPLORE IN BURLINGAME
((Some Burlingame Nostalgia))

BACK TO OUR HOME PAGE