Washington State has been a source of Vitis Labrusca (jelly jar) grape varieties for a number of years.  Early wine production centered on "fruit" and "berry" wines, with Chateau Ste. Michelle being in production back in the 1930s!

But the history of viticulture goes back to perhaps 1825 with Vitis Vinifera vines being planted in Walla Walla back in 1860.  It's said Muscat had been planted in 1917 on Snipes Mountain and, we're told, there's still Muscat planted there.
Prohibition put the brakes on commercial winemaking, as it had in California, though home winemakers were looking for fruit.

After Prohibition, though, there were more than 40 wineries operating in Washington State before World War II.

In 1967 Ste. Michelle undertook the seemingly risky proposition of vinifying wine grapes.  The massive crop of Concord grapes were destined for making jelly, soft drinks or to be shipped in some form to California wineries for "pop wine" production.  The "American Wine Growers" had planted some Vinifera grapes in the 1950s.  The first decade of production saw these grapes being blended with Concord to produce "burgundy" and "port" wines.

San Francisco Bay Area wine writer Leon Adams ventured to Washington in 1966 and commented it was a shame to waste such potentially fine fruit for such low quality wine.  He was instrumental in dragging the famous Napa Valley winemaker Andre Tchelistcheff to Washington.  They tasted the wines and gave the "thumbs down" to all.  A home winemaker known to Adams provided a sample of Gewürztraminer which shocked the daylights out of poor Mr. Tchelistcheff.   It was, to Tchelistcheff's taste, the finest Gewürztraminer in America!

Encouraged by this one wine, Tchelistcheff accepted the challenge and sent along instructions for growing the Vinifera vines.  Reducing the crop size was a major revelation, for example.

The first vintages were 1967 and 1968 and Tchelistcheff and Adams returned to taste the early results.  These initial bottlings led to the booming industry that exists in Washington State today.

For years we've tasted through the wines which are "exported" to our market here in the San Francisco Bay Area.  Few wines were able to compete with those made in Napa and Sonoma.

I remember tasting especially good Rosé made by Ste. Michelle from Grenache.   Thoroughly delicious;  they managed to capture the raspberry notes of really good, ripe, mature Grenache grapes in that wine.  The market, apparently, didn't salute that flag and it was dropped from the portfolio.  Too bad they didn't know what to do with it way-back-when!

Riesling has, typically, done well in Washington.  Semillon and Sauvignon Blanc have been good.
Merlot was, initially, more attractive than Washington State Cabernet Sauvignon wines.  That's changed as there are some world-class Cabernets being made there.

Pinot Noir hasn't worked out thus far...better in Oregon where the grape thrives.

Syrah is turning out to be a variety suited to Washington, though many current efforts are priced as high as top Rhone wines, with but a few offering anything especially distinctive or complex...

Viognier seems well-suited to the region.

When we first wrote this web page in the late 1990s, we suggested that Barbera might prove to be a good quality, viable wine grape in Washington.  Tempranillo, too.
Well...we may have been correct as, after a recent visit to the Pacific Northwest, we found good examples of each! 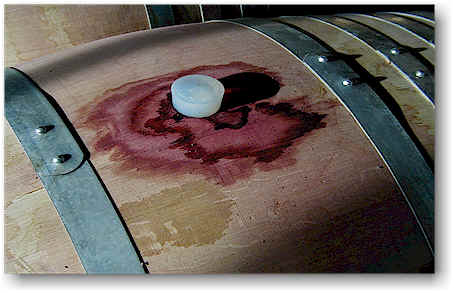 We've seen a marked improvement in the wines from Washington and a number of wineries have our respect as solid winemakers, easily amongst the elite in America.

Way back in 1998 we conducted a blind-tasting of Washington State "Clarets" (Cabernets, Merlots and blends of those varieties).  Seven of the eight wines were quite good.  This tasting, coming on the heels of a set of expensive Napa Valley (I know!  You're thinking "That's redundant!")  Cabernets was very revealing.  These wines were easily as good as the top Napa wines.  In fact, most tasters commented that in the Napa tasting, only a few wines were of interest.   In the Washington tasting, the top four or five were terrific.

We said, then, that Washington State had, as a wine industry, arrived.

With the proliferation of brands and wineries, we are finding some really top wines.  There are some high-priced bottles which we feel are worthy of their lofty price tags.  And other inexpensive wines which we think are over-priced.  This is the world of wine.


If the evolution follows the patterns of California's young wine industry, the winemakers will continue to refine their skills (in the vineyard, in the tasting of their own wines and in their winemaking) and the vineyards will mature as will the winemaking.

To those whose evaluation of Washington wines has been based on the most modest quality wines from big, industrial producers, keep in mind those whose view of California viticulture is based on Paul Masson carafes, Mondavi's Woodbridge jugs and Glen Ellen or Sutter Home's 187ml, twist-top 4packs would also question wine quality.

Until you've tasted some of the best wines of any region, please reserve judgment.

For the few adventuresome souls who shop in our humble little wine emporium, we have some exceptional Washington State wines for you.

Washington State has many viticultural areas.

COLUMBIA VALLEY is seen on many wine labels.  It is a huge area which includes smaller viticultural areas:

The Columbia Valley encompasses most of Washington State's vineyards, as well as a bit of Oregon (along the Columbia Gorge). It covers more than 11 million acres (about one-third of the entire state of Washington!).  Nearly 50,000+ acres are under vine as of 2016.

YAKIMA is the "oldest" appellation.  It is something like 75 miles long and features wine grapes as well as fruit-juice varieties.  It covers more than 13,215 acres presently.  Chardonnay is the predominant variety followed by Merlot and Cabernet Sauvignon.

WALLA WALLA is not terribly large, comprising but 1,466 acres of vineyards presently.  My limited experience with this area suggests it seems to be the home of a greater number of serious quality producers.  The region is located within the Columbia Valley appellation, but it also extends beyond the Washington State border into Oregon.  (You don't hear them mention Oregon being part of the Walla Walla area, by the way, though you'll cross Stateline Road going from one area to another.)  Cabernet Sauvignon is king in Walla Walla, followed by Merlot, Chardonnay and Syrah. 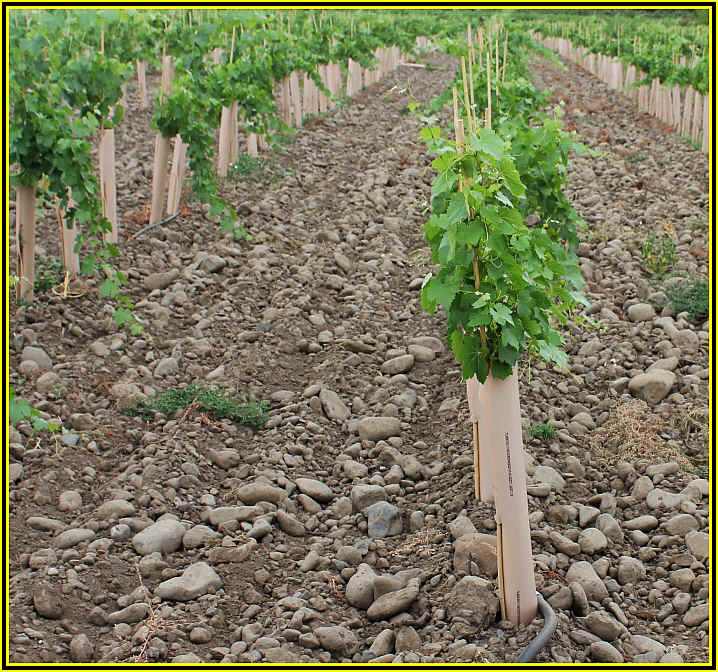 Within the Walla Walla appellation is a new appellation called "The Rocks District of Milton-Freewater."  And it is a rocky, cobblestone terroir.  This is where one finds some amazing Syrah wines.

RED MOUNTAIN is the latest addition to the roster of Washington's viticultural areas, comprising some 3,600 acres in the southeastern part of the Yakima Valley.  Something like 1647 acres are planted presently, the first vines being cultivated in 1975.  The region takes it name not from red soil, but a reddish-colored grass common in the area.  It's not much of a mountain, either.  Elevations range from 500 to 1,500 feet.  Klipsun, Kiona, Hedges and Ciel du Cheval are all located within this district.  Cabernet Sauvignon is the most prominent single variety, followed by Merlot, Cabernet Franc, Syrah, Sangiovese, Malbec, and Petit Verdot.

PUGET SOUND is a tiny appellation in western Washington  and there are something like 92 acres planted. Madeleine Angevine, Siegerebbe and Muller-Thurgau are the predominant varietals.  Madeline Angevine is thought to have its home in France's Loire Valley, but is said to find some success in the Puget Sound area.
Despite the small planted acreage, there are 45 wineries presently operating within the Puget Sound region.

COLUMBIA GORGE is 60 miles east of Portland and Vancouver and it's a 300 square mile area.  Presently there are 336 acres of vinifera vineyards planted there.  The western-most part of this region gets significant rainfall and it's ideal for early-ripening varieties such as Pinot Noir, Riesling, Gewürztraminer and Pinot Gris.  The eastern typically sees about 25% of the rain of the west and later-ripening grapes such as Cabernet, Syrah, Barbera and even Zinfandel are found there.

WAHLUKE SLOPE is one of the driest and warmest in the state. It's east and a tad north of the city of Yakima with 8,491 acres of vineyards.  Merlot, Syrah, Cabernet, Riesling, Chardonnay and Chenin Blanc are the leading varieties.

HORSE HEAVEN HILLS is in southeast Washington, bordered by the Yakima Valley to the north and the Columbia River to the south.  There are 12,956 acres of vineyards there currently with Cabernet Sauvignon and Merlot being the predominate varieties, though 35 other cultivars can be found.  Other names associated with this appellation include Alder Ridge, Andrews-Horse Heaven Vineyard, Canoe Ridge, Champoux Vineyards and Wallula Gap Vineyard.

RATTLESNAKE HILLS is situated 4 miles southeast of Yakima and there are currently 1747 acres of vineyards within this appellation.   Cabernet Sauvignon, Malbec and Merlot lead the way here.

SNIPES MOUNTAIN is a rather recently designated area, located within the Yakima appellation.  There are 807 acres of vineyards between the actual Snipes Mountain and its eastern edge of Harrison Hill.  It's said the first wine grapes in Washington were planted in this area, someone putting Muscat vines into the ground back in 1917!

LAKE CHELAN is about halfway between Seattle and Spokane.  The region may have had wine grapes planted back as far as the late 1890s, with more than a hundred acres under vine in 1949.  Today there are some 261 acres planted there.

NACHES HEIGHTS currently is home to 39 acres of commercially-cultivated vineyards, but the region comprises more than 13,000 acres in total.  It became the 12th Washington State AVA in 2011.

ANCIENT LAKES  is the 13th Washington State AVA and there are presently 1600+ acres in an area totaling nearly 163,000 acres.  There are about 35 lakes in this area and Riesling seems to be the primary grape variety. 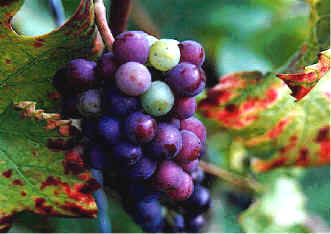 An interesting move had been in place some years ago, but has been disbanded.  It was called the Washington Wine Quality Alliance.   One of its initiatives was to restrict the use of the word "Reserve" on wine labels.  As you may know, many California wineries (Glen Ellen, Kendall Jackson, etc.) use the word "reserve" on just about every wine they produce.

The Washington definition was to restrict the usage.  No more than 10% of the production of a given type of wine or 3,000 cases (whichever is greater) may be designated as "Reserve."  The other feature of this notion is that "reserve" must appear on higher-priced bottles of wine.

What a concept!  Helping the consumer understand the products in bottle.  No wonder they pulled the plug on that initiative!


You won't find "Burgundy," "Chablis" or "Champagne" on labels of Washington wines.  California allows wineries to use the names of foreign places on the labels of wines produced in The Golden State.  You can bet Napa winemakers wouldn't be thrilled with wineries in Europe using "Napa" or "Stag's Leap" on French or Italian wines.  Yet California allows its producers to use the names of French and Italian wine regions on the labels of its wines!
((Some California regions, Napa Valley for one, have a mandate prohibiting producers from using the names Burgundy and Chablis for their wines.  But you'll still see Burgundy and Chablis on wines from California's Central Valley.)

Washington State says "no!" to this practice.
Bravo.

The wine industry is in full bloom and it continues to blossom in Washington.
Check out the recent "Grape Production Report" and you'll see a substantial amount of fruit was produced in 2015: 222,000 tons.
For comparison, though, California's production tallied to 3.69 million tons for the same year.

For comparison, the average price for a ton of grapes in California's Napa Valley was more than $4,000!
Napa's Cabernet crop averaged more than $6,000 per ton, with Chardonnay costing close to $2,600 per ton.


There are many good wines to be had in Washington State and given the difference in the cost of production, consumers should look there for price-worthy alternatives to many of the ridiculously expensive wines from the aptly-named Golden State.