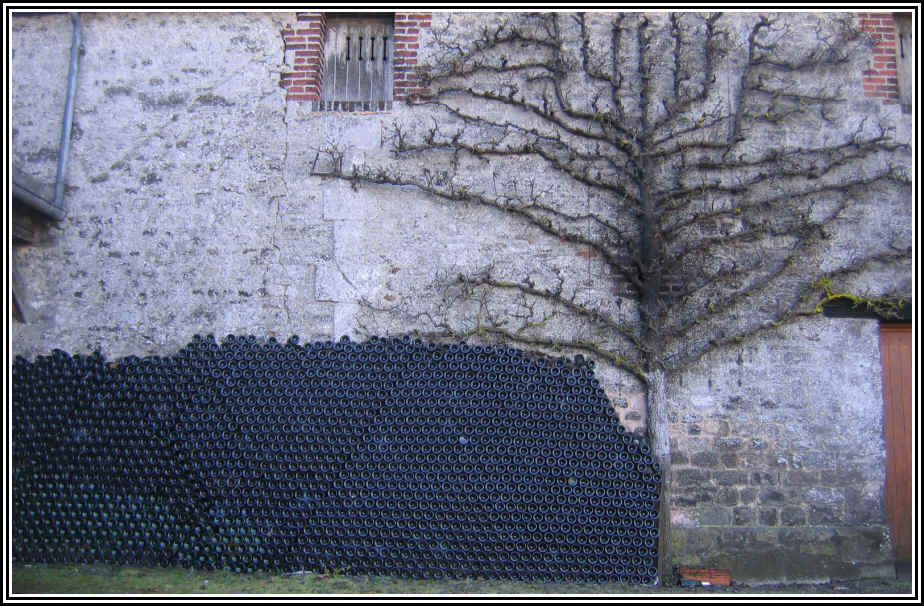 PHOTO OF THE WEEK
This snapshot is from a visit we made in France a few years ago...the people at that domaine open many bottles for visitors, but we noticed they are big fans of their own products.

Sometimes a winemaker or winery workers can become "cellar blind."  If they drink only wines of their own production, it's easy to have those as benchmark, reference point wines.  They may develop less sensitivity to potential flaws in their wines.
Let's say, for example, there is a dank, musty air in the winery, it's likely they will become desensitized to wines described often as "corked."  This can be due to something called 2,4,6 Trichloroanisole, or TCA for a shorthand term.
You've likely encountered TCA when you find a wine to smell like a cellar full of wet newspapers or cardboard.

Our colleague Ellen is ultra-sensitive to this musty character in wines and we are fairly sensitive as well.
We have a friend from a wine-tasting group who often ranks a corked wine as his favorite!  That fragrance, for some reason, is comforting to him and he finds it to be a positive quality, while most other people simply disqualify such a wine as simply being a "bad bottle" thanks to a faulty cork.

Ages ago a server in a restaurant opened a bottle and we rejected it as "corked."  A young fellow, masquerading as the manager that evening, brought the wine list and asked that we select another wine.  We inquired as to whether or not they had more of the wine we ordered and they did.  The second bottle was perfectly fine and quite different from the tainted bottle.
The young guy, after pouring the wine for everyone at the table asked whether he might have a taste.
He poured a sip and disappeared, never returning to our table.
We suppose he found nothing wrong with the corked bottle and perhaps he wondered why we'd accept the second bottle as maybe it was inferior in his view.

That Cabernet we mentioned winning (by a wide margin) a recent blind-tasting arrived.

It's the 2018 Titus Napa Cabernet.  The winery price is $62, while our sale-price is $49.99.
It's a big, dark, purple-colored wine with black fruits, cassis, berries and some sweet oak notes.
One customer who purchased a bottle on our recommendation last week, called the following day and asked for a case!
Yes, it's that good. 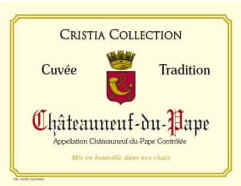 We opened a number of bottles of various Châteauneuf-du-Pape wines and were delighted by the least costly wine of the group!  It's a youthful, 2018 vintage from the Cristia estate.  We're told this is 85% Grenache and 15% Syrah.  The wine is beautifully balanced and berryish with a touch of spice.  You can enjoy it right away and yet we will not be surprised if this doesn't develop handsomely with 5 to 10 years of aging.
$29.99!!!

Langmeil's Valley Floor Shiraz is back in stock after a brief absence.  This is excellent Shiraz, capturing the berry and spice notes with a touch of oak seasoning (10% new barrels...French and American).
We had sent out one of our sporadic email "blasts" about this and many people stopped by to get a bottle.
Even more gratifying are not just those who return for more bottles, but the other day a fellow, new to the shop, said his friend served the Langmeil at dinner a few days earlier and he was delighted to discover such a good wine at a mere thirty-bucks.
$29.99

The Sablet Blanc from Notre Dame des Palliéres is marvelously spicy with notes of clove...It's about 50% Roussanne and 25% Viognier with the rest Grenache Blanc and Marsanne.  Members of an old tasting group included this in their April tasting kit as the "mystery wine."  It was quite a hit and one fellow ordered a case, making this his new "house wine" for the upcoming month.
$19.99

From our Trentino friends, Pojer & Sandri...a Brut Rosé made of Pinot Noir and Chardonnay.
Bottle-fermented and quite dry.
$39.99

The Zahel winery makes this unique dry white of a grape called Orangetraube.
They used to blend it into their Viennese field blend but have been making it on its own for some time now and it's a delight!
Lots of exotic, citrusy notes and flavors.
And it's less than $20!

Ellen had her picture on the front page of the New Year's weekend Daily Journal, a local newspaper here in San Mateo County. 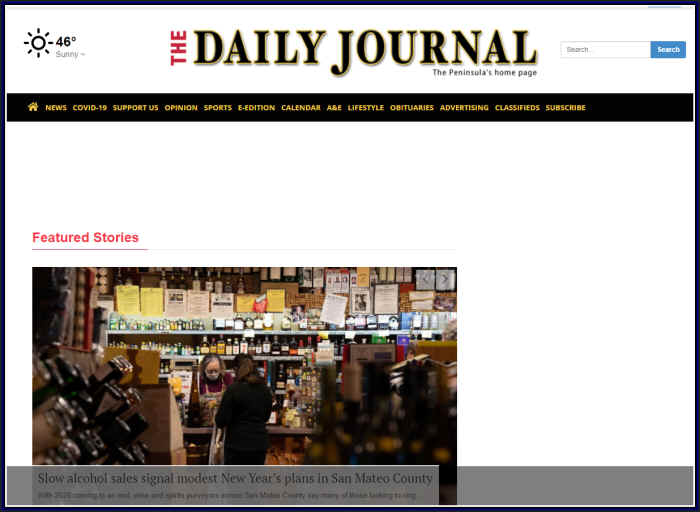 They did a story about holiday sales of wines and liquors, so we were mentioned (and quoted) in that.

The store is fully stocked...lots of good value bottlings and numerous "fancy" wines, too.

Stop by and we can give you a little tour...Socially Distant, of course...Don't forget a face mask! 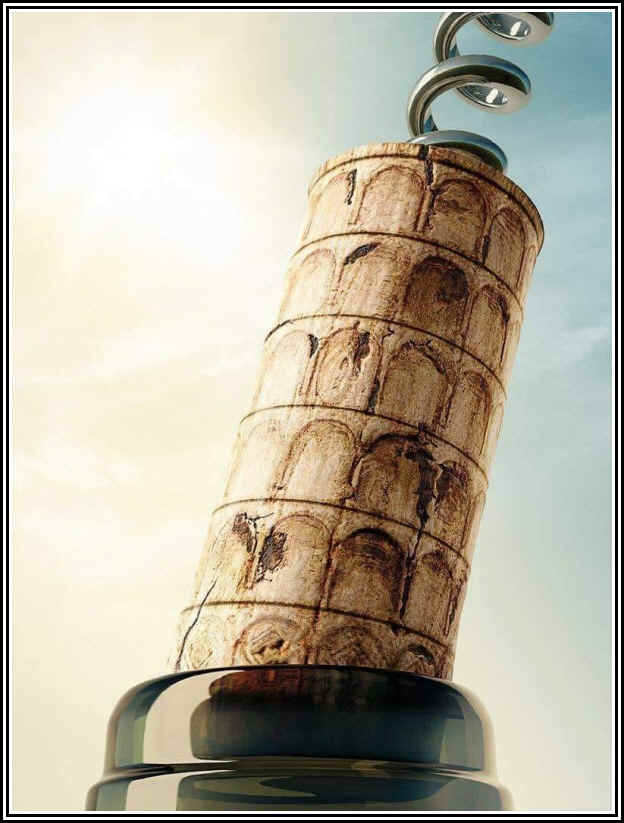 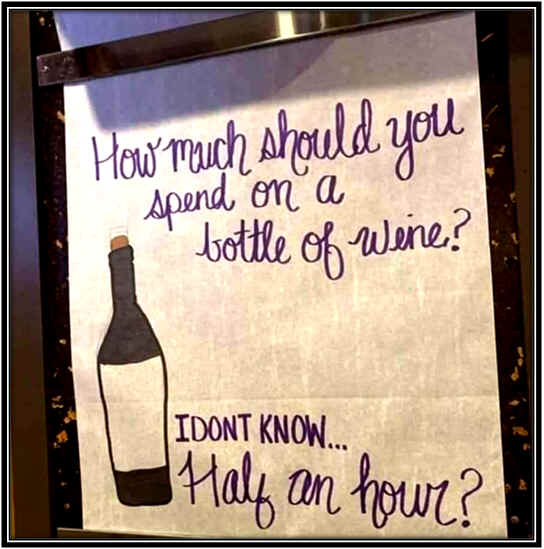 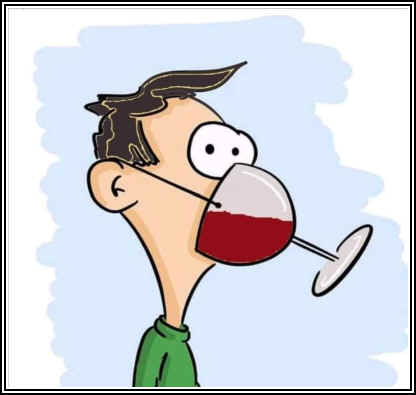 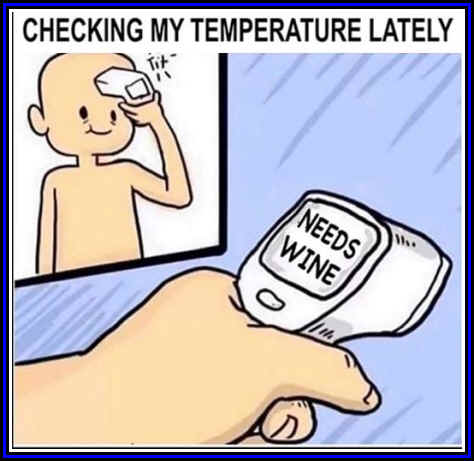 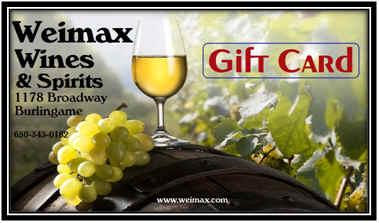 Had a nice mention in the Wall Street Journal's 2016 story about wine store signage:
CLICK HERE

The Most recent mention, September of 2017, is this one...Things Wine Shop Owners Detest...
CLICK HERE 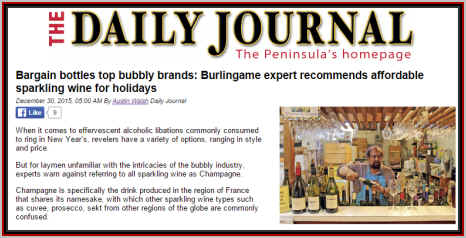 Did you see the article in the local newspaper, by the way?
CLICK HERE.

It was printed just before New Year's Eve...


This site is a "work in progress."  It is updated regularly.
We are wine lovers and write this for wine lovers.

We offer a large selection of wines for tasting Monday through Saturday in The Tasting Room.  We also organize formal, blind-tasting comparisons. There is a growing archive of tasting results, so you might check that out while you're viewing this site.
Click Here To Take A Peek of the Tasting Results

Those of legal drinking age are welcome to peruse this site.

We Taste Before Buying.

We do not purchase wines on the basis of favorable reviews by various publications.


If you're looking for numerical scores of wines, you won't find them here.
Unlike about 98% of Wine Shop sites, we write our own copy based on personal opinion and first-palate tastings.
This is a Parker-Free and Wine Spectator-Free Zone.

We hope this site will encourage you to stop by our shop and peruse the incredible selection of wines in store.
We make every effort to assure the accuracy of availability and pricing, but as we are only human....


SHIPPING AVAILABLE ALONG THE WEST COAST.
$9 for the Box (12 bottles) , $23 for UPS. $5 handling per box for gift orders.
No Shipments to Utah, Massachusetts or New Jersey, please.
Additional Fine Print:
Non-California residents are responsible for determining whether they may lawfully import alcoholic beverages into their state. We make no representation relative to your right to import wine or spirits into your state. Each state has its own rules about alcoholic beverages. Better check before calling us with an order.
We are not responsible for shipments damaged due to weather.  Next day air or 2nd Day Air shipments are routinely handled with more care, so you may wish to request those services.
We are not responsible for the weather (like, duh!), so shipments to places with extreme temperatures are a risk.  We will not assume that risk.

WE DELIVER LOCALLY...CHECK THIS PAGE FOR INFO
ON GIFT DELIVERIES

NEWSLETTER
Check out the current newsletter.

We built this site ourselves using Microsoft's Front Page.
We "upgraded" to a new Microsoft program called Expressions...big mistake!
While FrontPage was intended for novices, the new program is
intended for "experts" and programmers.  Most "experts" we know
view Microsoft with derision, much like wine drinkers look down

their noses at Gallo.
Now we know why.

We have been informed that Netscape's Navigator doesn't present this format quite exactly as it is intended.  Sorry about that.  We have also noticed it appears differently on our browser than it appears as we've built it!  Go figure...

Bob was in reasonably good shape in his later years.
In 2012 he had a bout of Bells Palsy in late Spring...
In early November he had a "dizzy spell" but said the hospital tests were all fine.
Two weeks later he apparently suffered a stroke or seizure and ended up in the hospital.
A series of further setbacks ensued and Bob passed away on Thanksgiving Day of 2012.

He was a bon vivant, world traveler and gourmand.
He appreciated art and photography, was a mushroom hunter and good cook and genial host.
Bob wrote a book on California wine in the 1970s, a series of nice essays on various varietals, with commentary on various wines and various food affinities. 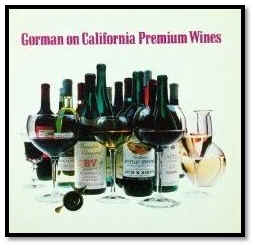 Bob was especially proud that his book had been panned by The Wine Spectator, while garnering good reviews from Gourmet Magazine's wine guru, Gerald Asher.
Julia Child also had been a fan of Bob's book, apparently.

He is greatly missed by Weimax regulars and his colleagues behind the counter in the shop.

Jon Bonne, of the San Francisco Chronicle, wrote a nice article on "old" wine books.
The March 2014 article featured a photo of a bunch of Jon's favorites, topped by Bob's tome. 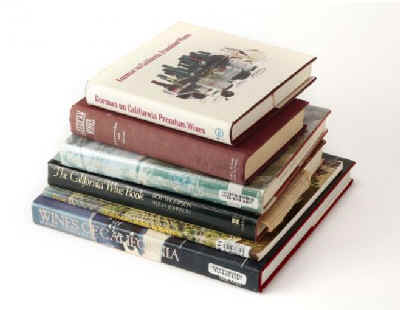