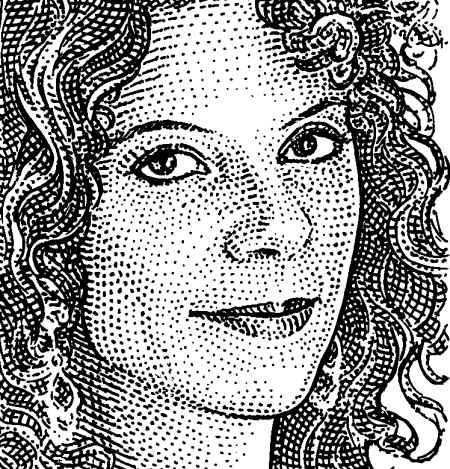 I was on the road when Lettie Teague asked about shelf-talkers and was unable to provide more color commentary and some examples of our handiwork.

In our shop, we do not use "canned" Point-of-Sale materials provided by wine producers, importers or sales reps.

Here are a few examples of our "P-O-S" signage: 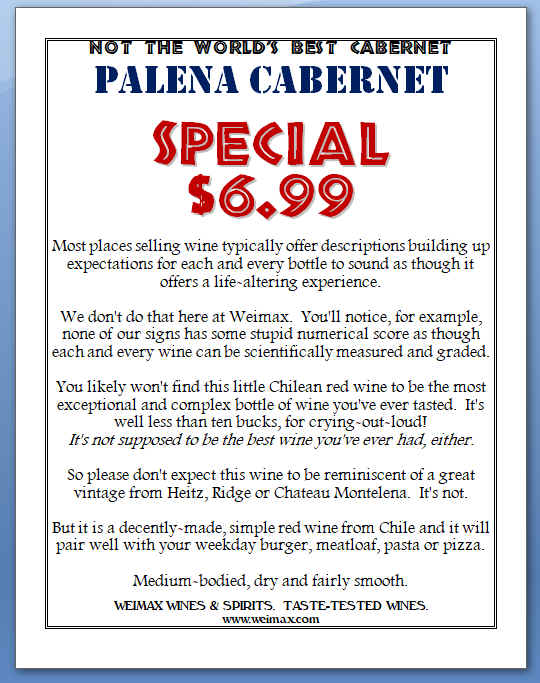 Our colleague John K was amused at how people read this sign and immediately grabbed a bottle of "Not the World's Best Cabernet."

This sign is posted in our front window promoting a simple California Cabernet from the hot Central Valley.  It retails for $3.49 a bottle. 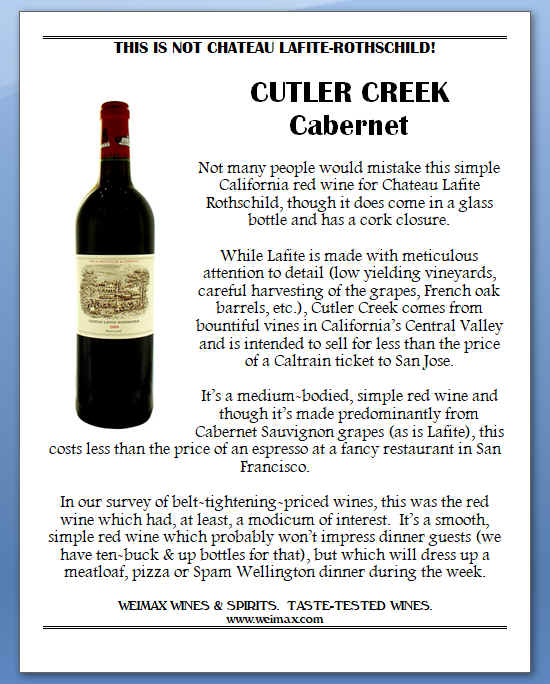 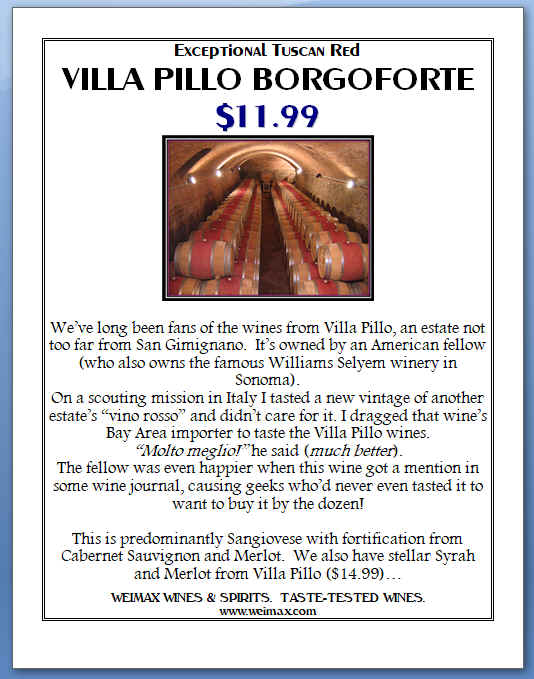 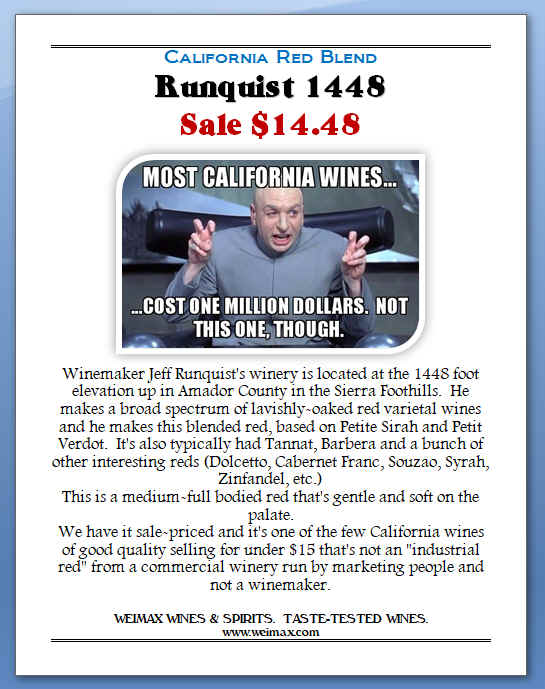 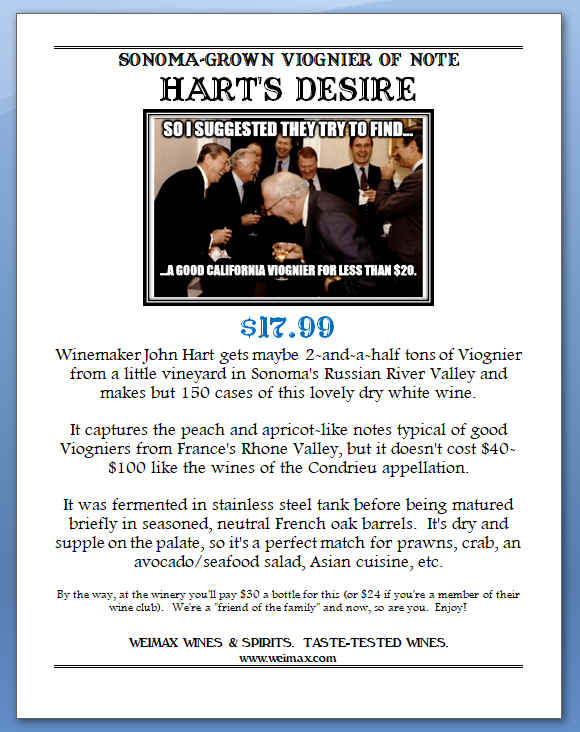