On a Spring Sunday afternoon in April, we gathered at Chateau Ellen for a little bit of Vittles & Vino.

I brought a Poilane-styled bread to the festivities and this was "bigger than a bread box" as Ellen soon discovered. 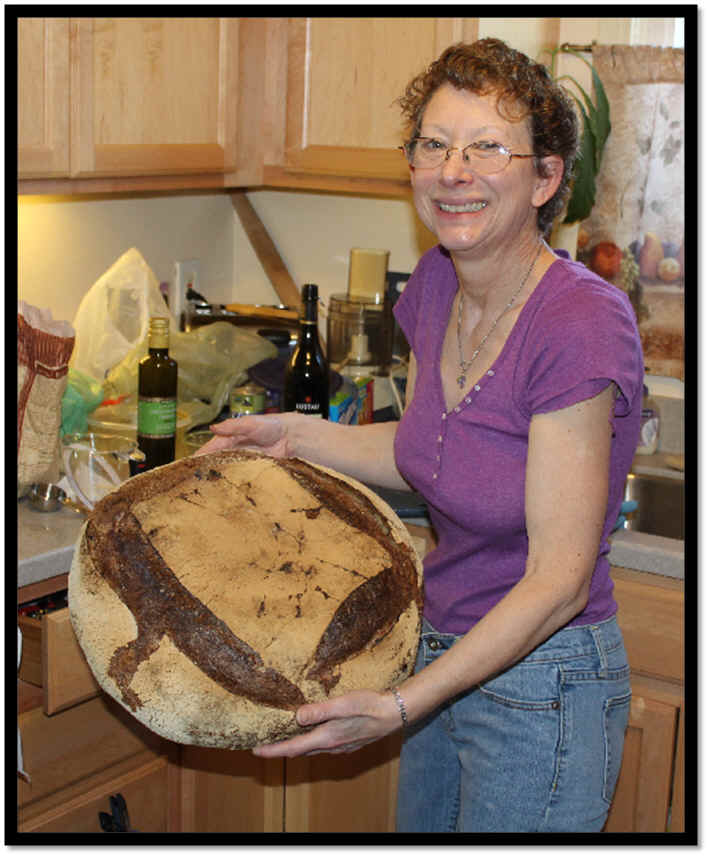 I snuck out to the garden to see what was growing on back there... 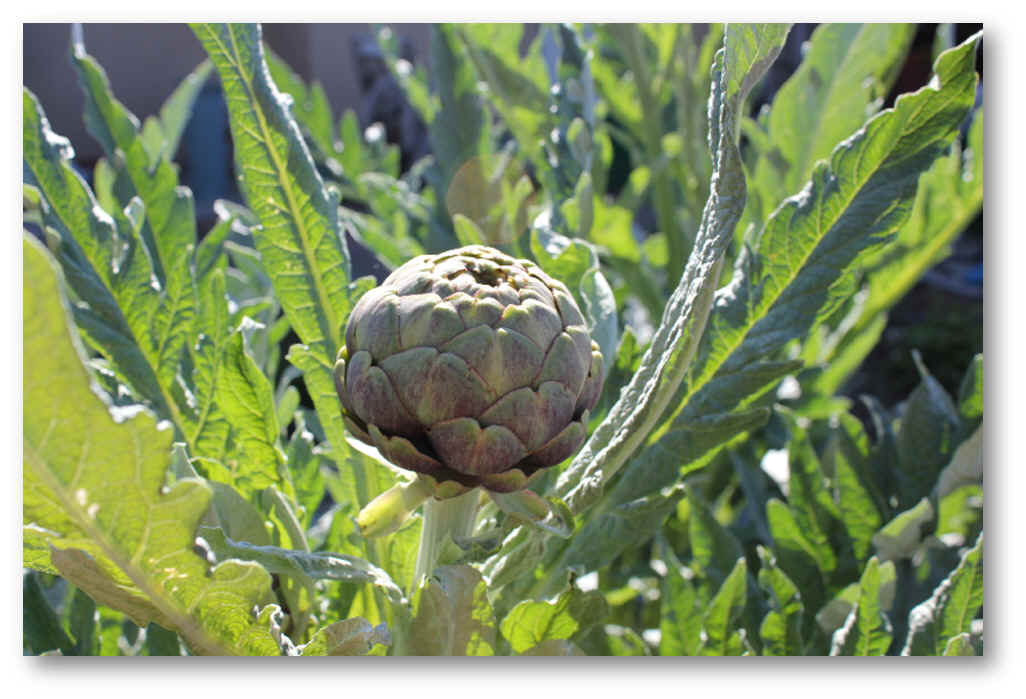 And when I came back inside, I found Ralph showing off his skills as an Ikebana artist. 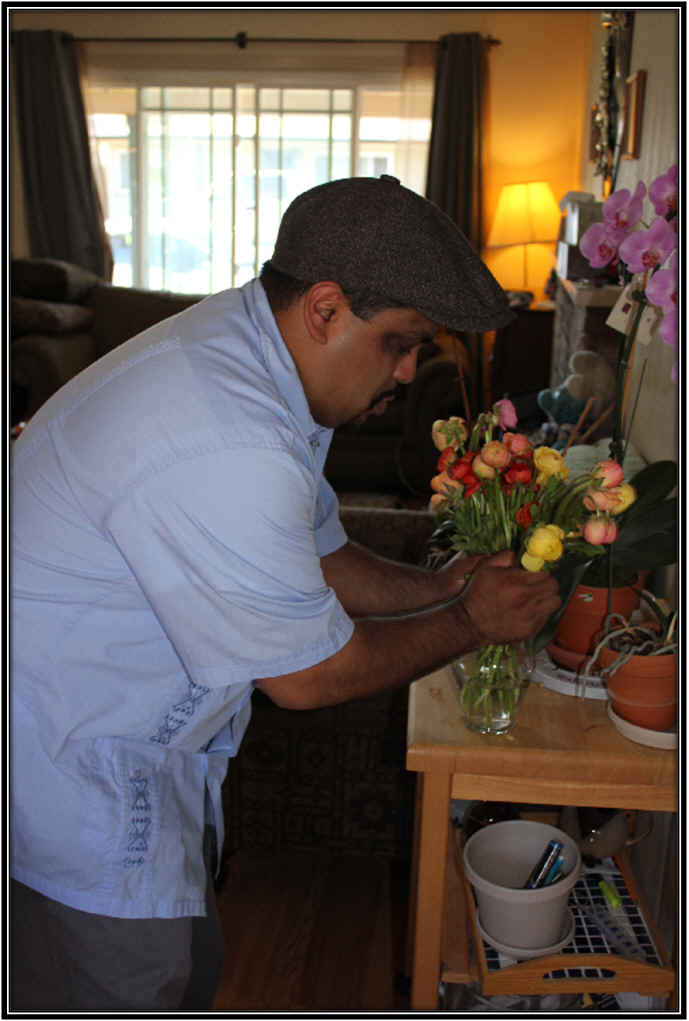 Silence is paramount in this ancient form of flower arranging and Ralph was quieter than the Oakland Coliseum as the visitors are making the A's pitchers appear as though they're merely tossing batting practice. 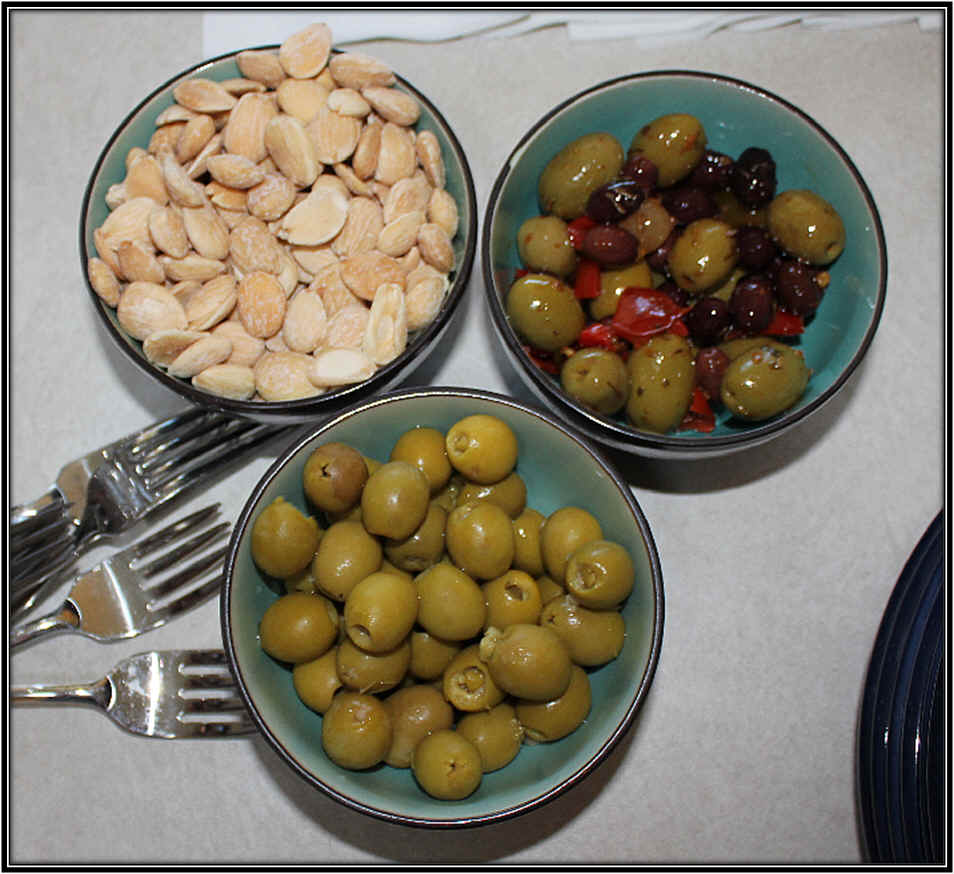 We had some chilled prawns which had been marinated in an oil featuring smoked Pimenton and Turmeric. 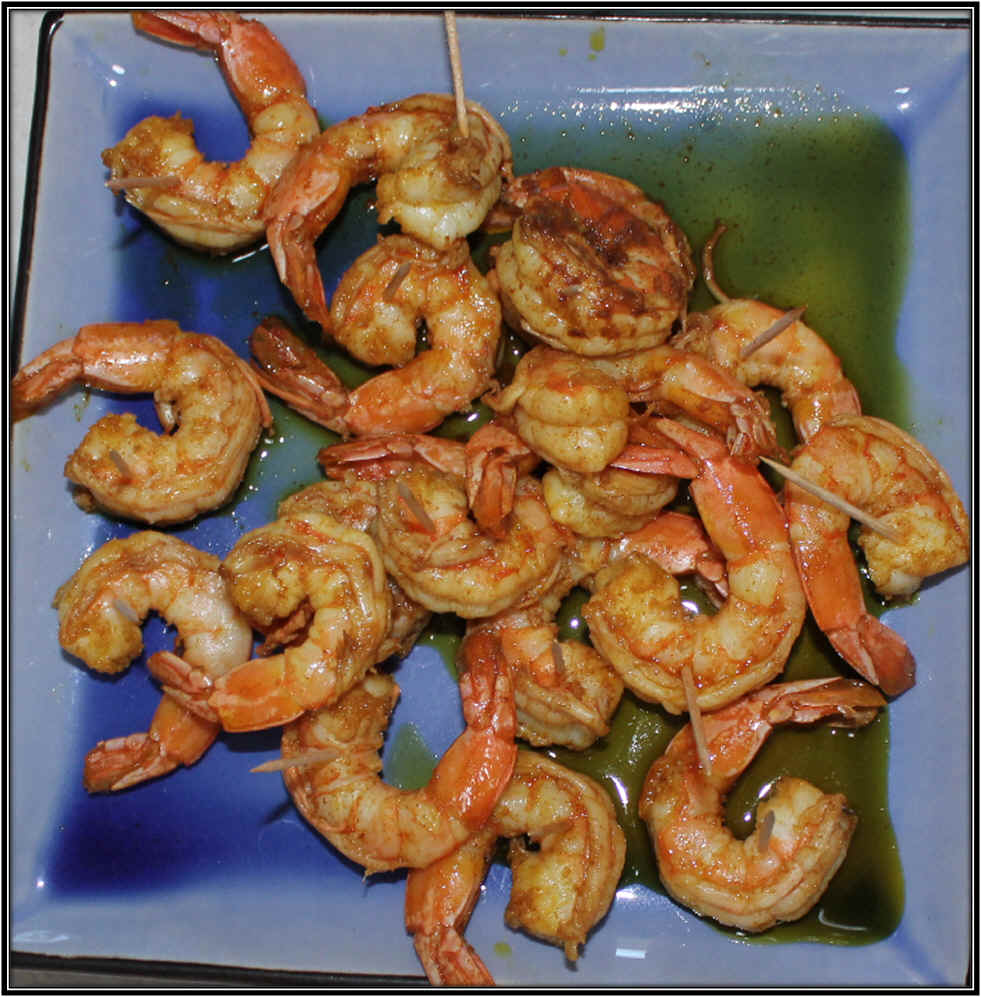 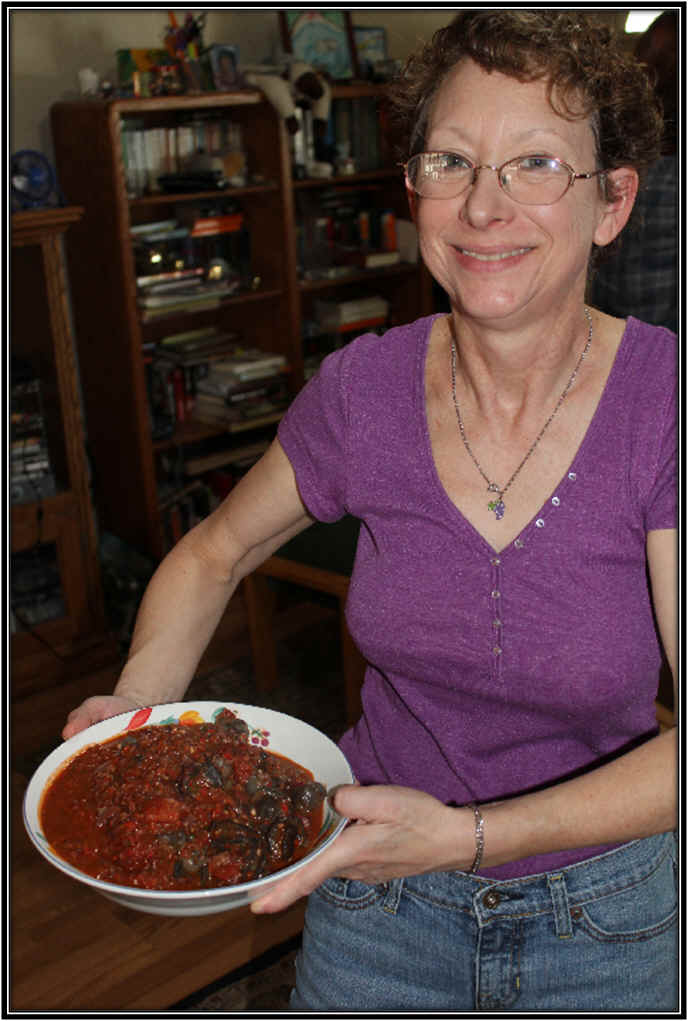 And the snails and tomato sauce were especially good on the rustic bread. 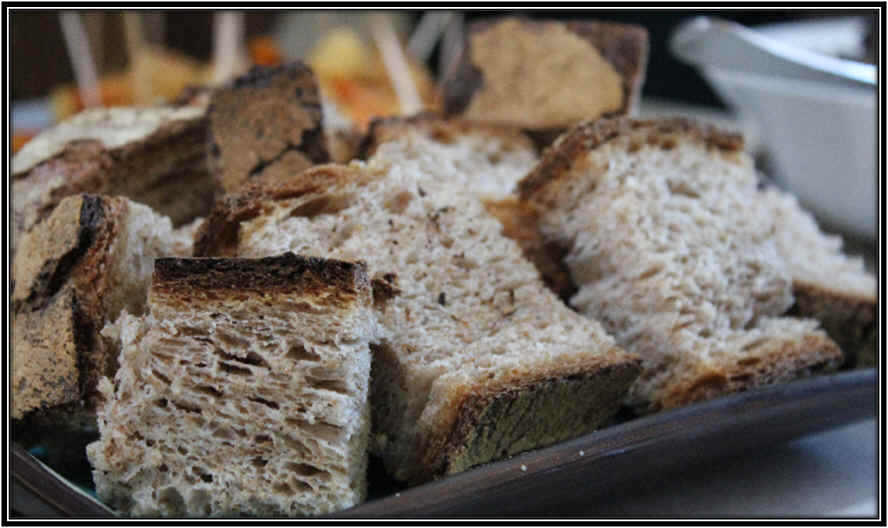 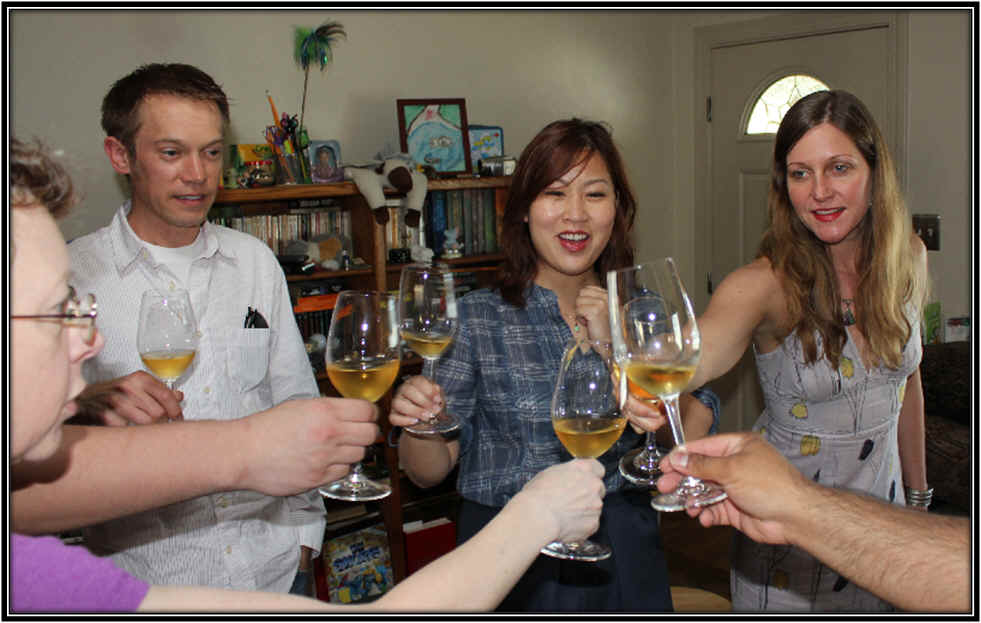 We had a couple of older vintages of Champagne from Beaumont des Crayeres.
The 1992 was still bubbly, but oxidized a bit more than a Fino Sherry... 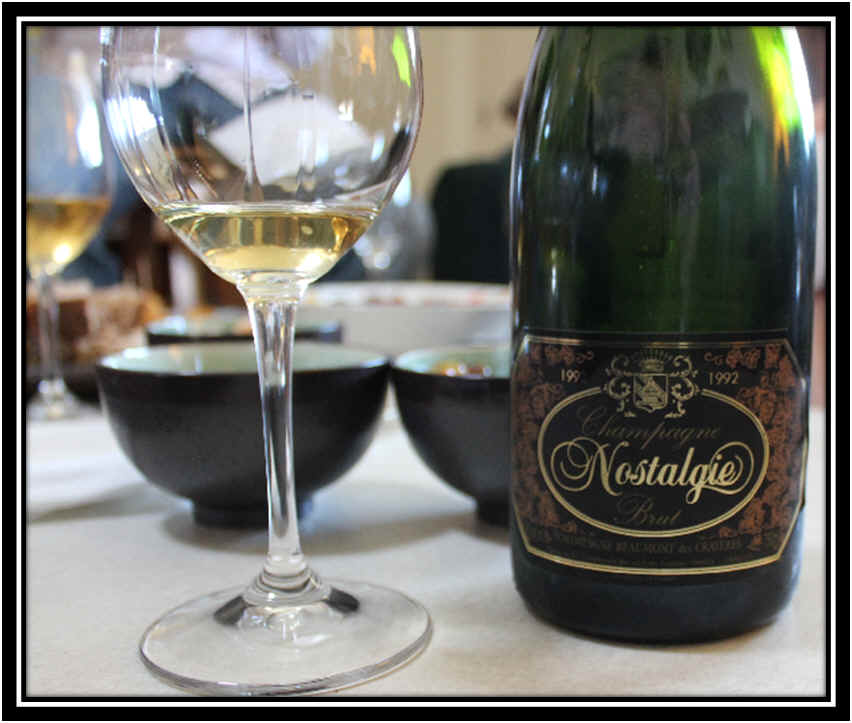 Kareasa then opened the other bottle, a 1995 vintage Brut from Beaumont des Crayeres. 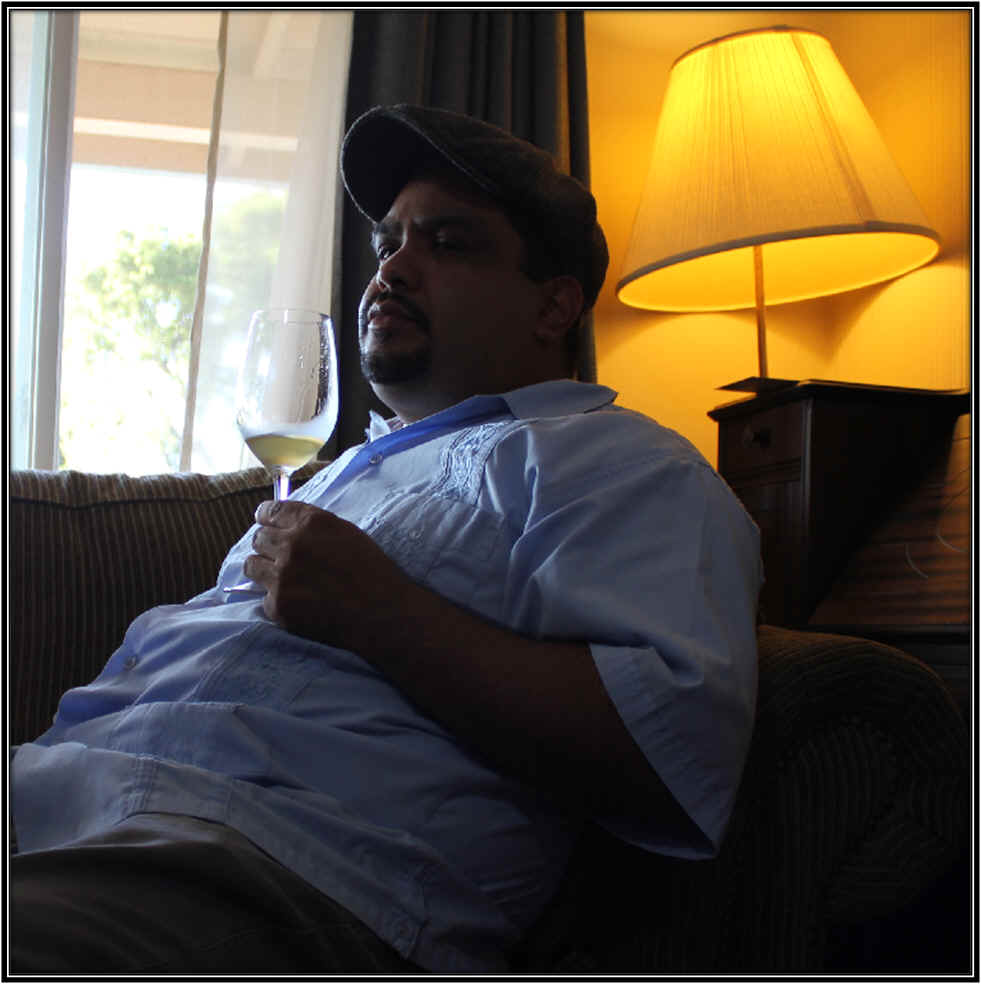 It was their 1995 Fleur de Prestige.
And as it, too, was past its prime, Ellen said "Let's open something fresher and younger!" 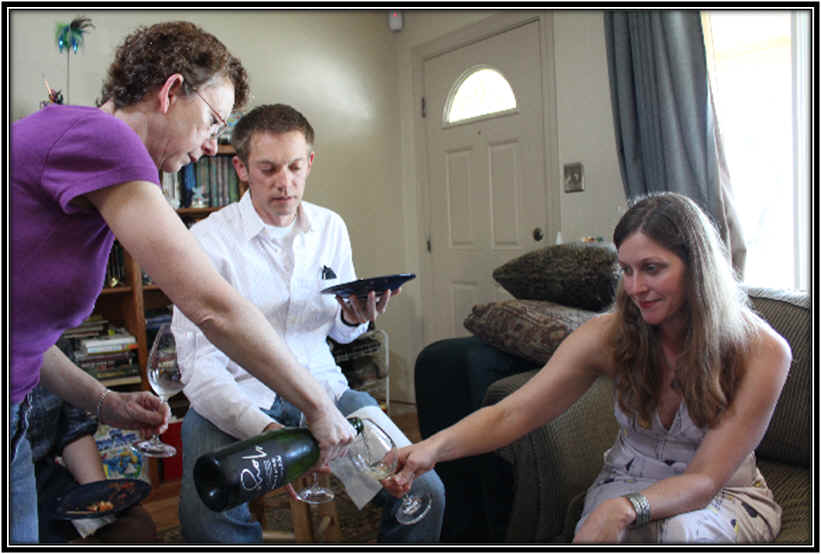 And so she popped the cork on a lovely Cremant d'Alsace from Meyer Fonne.

As Ralph spoke of his deep feelings for the Oakland A's baseball team, Connie brought a tear to Mark's eye by telling one and all she was a fan of the Milwaukee Brewers and hoped, one day, to be in the Milwaukee Brewer's Sausage Race with her Marathon-Running husband. 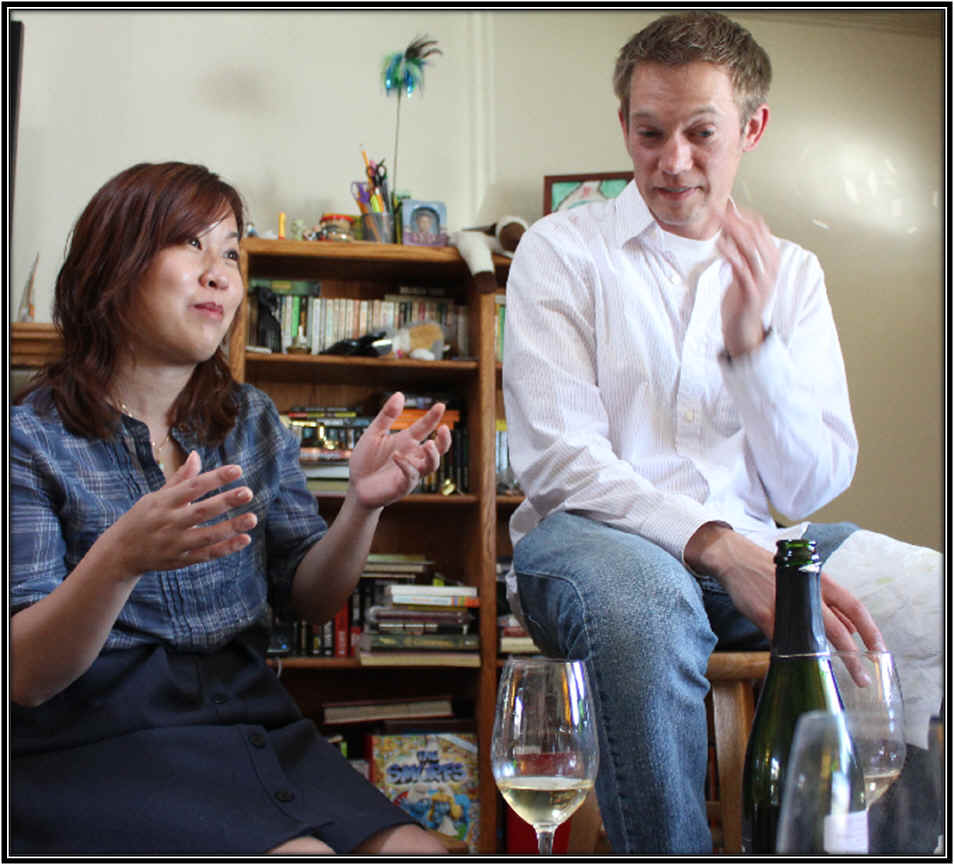 Toohey was taking notes on the various topics of conversation as he had a sniff of the bubbly. 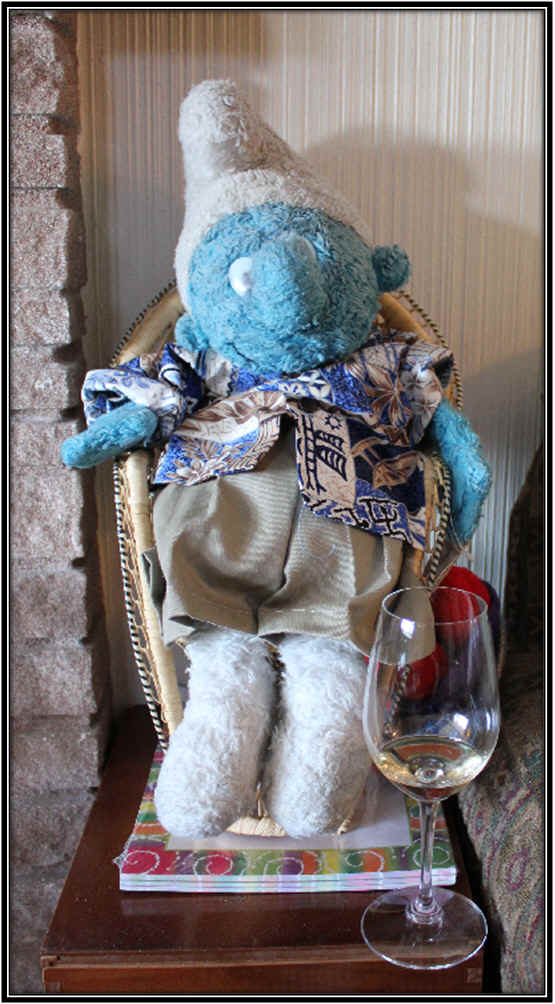 We then sat down at the dinner table and Brian did some sommelier work as the bread was being passed around. 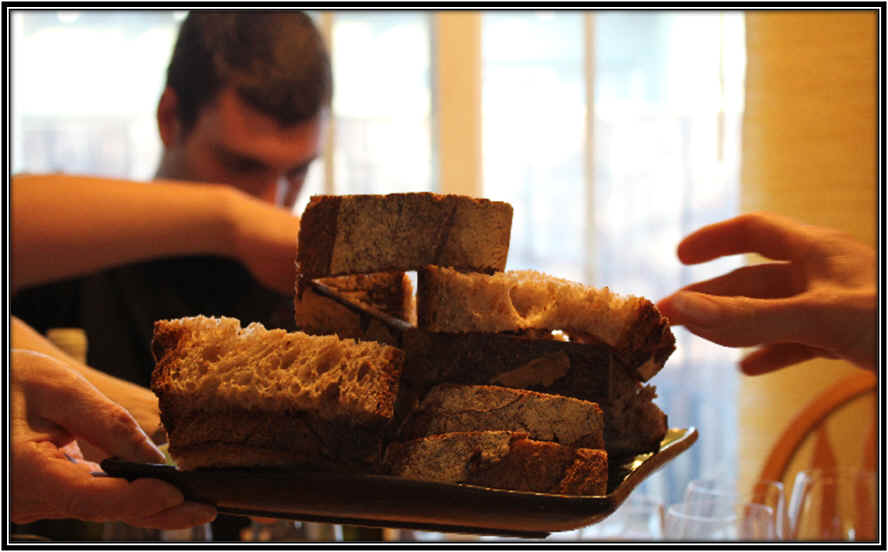 We had a really old bottle of Dagueneau Pouilly-Fume, a 1994! 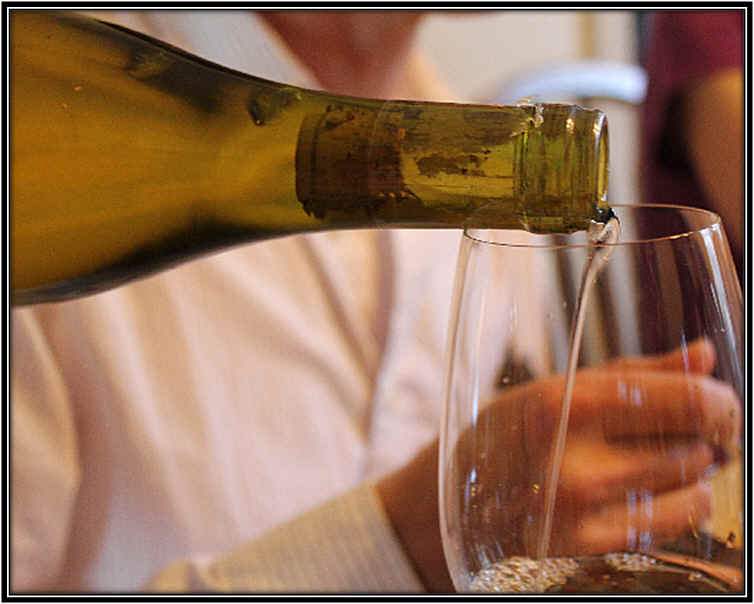 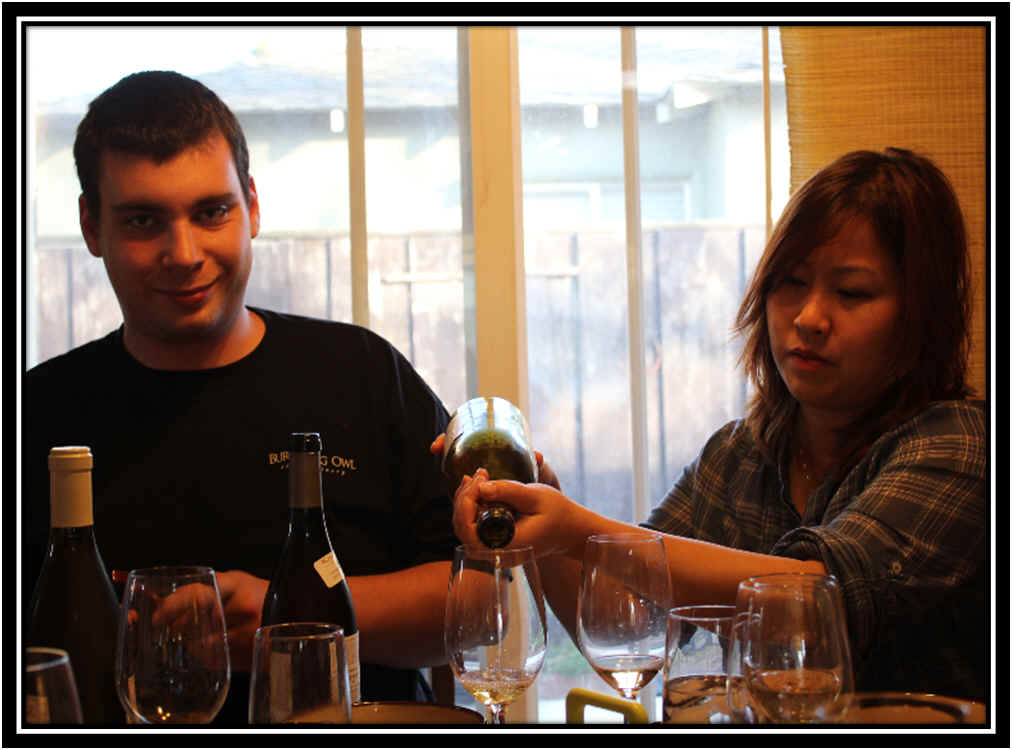 Connie and Mark, following Ellen's exceptional bowl of Garlic Soup, got to work on a salad. 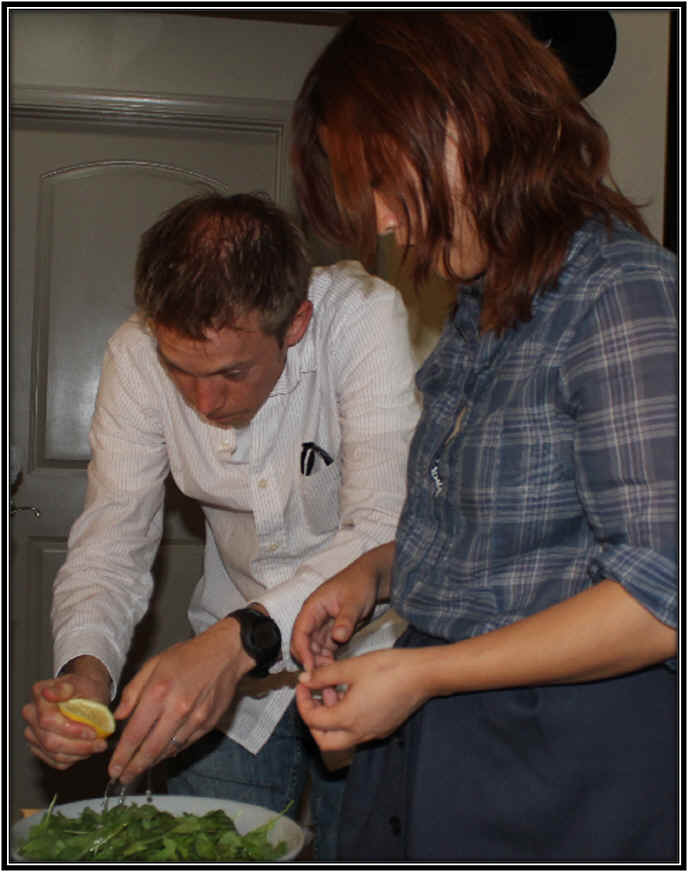 A few moments later, this artistic scene was set! 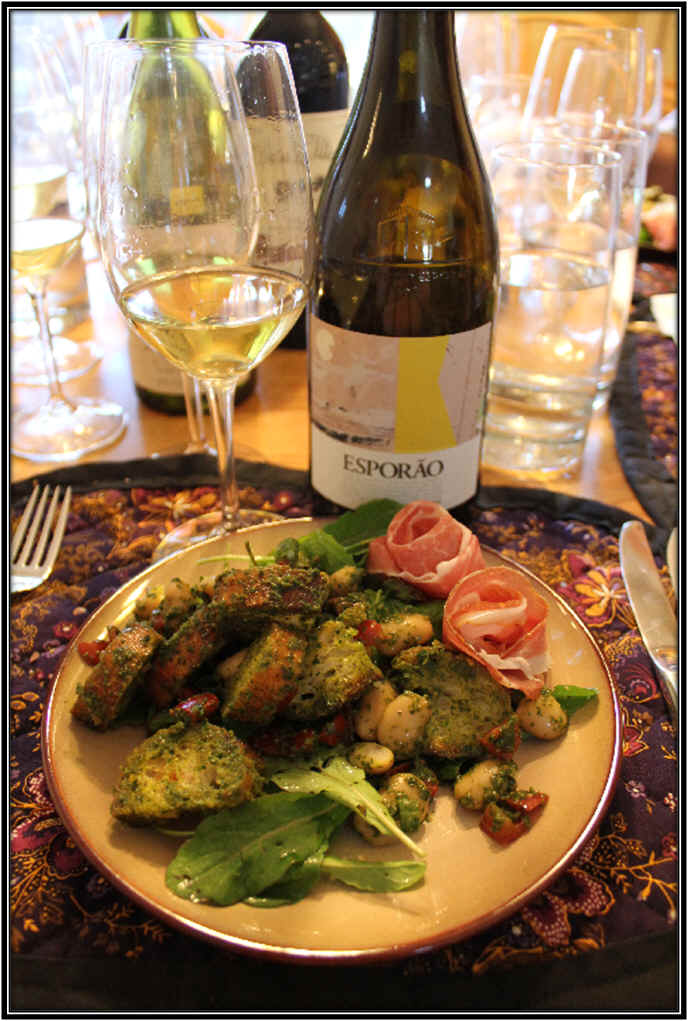 And their delicious salad of Arugula, Beans, Basil-Coated Croutons and Jamón were accompanied by a stellar bottle of Esporăo Reserva, a magnificent white wine from Portugal.

Brian then took care of opening two marvelous Spanish reds as we waited for Ellen to bring on the main course. 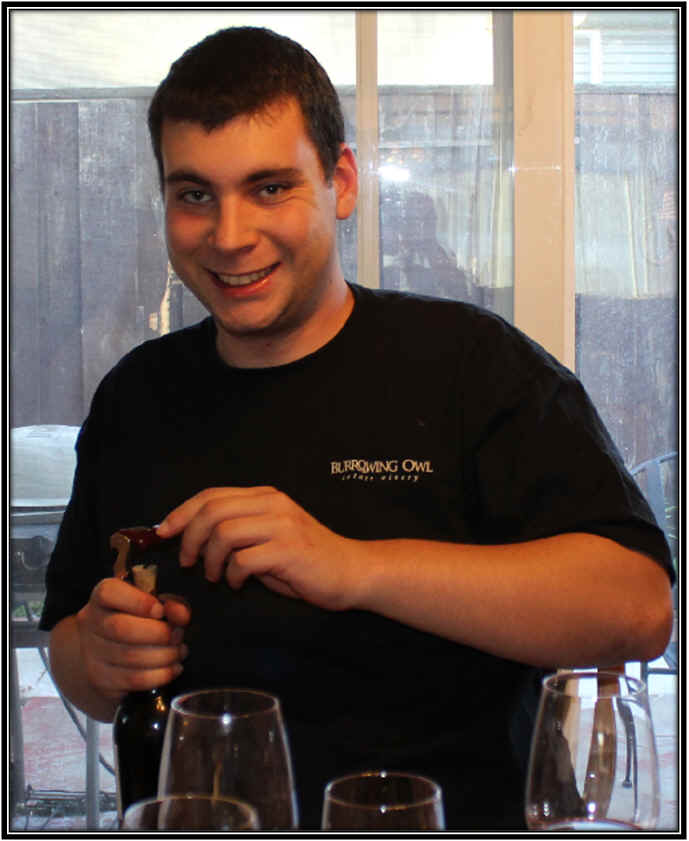 Kareasa said Ralph had to "sing for his supper" and soon we heard a nice rendition of the Oakland Raider's "Fight Song." 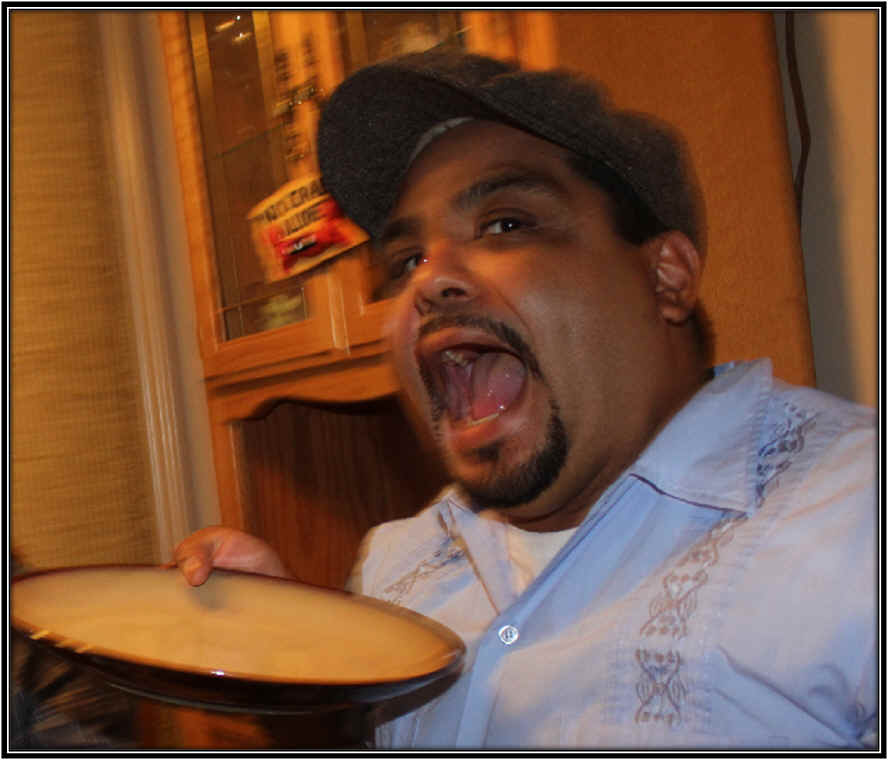 We had a nice Saffron-Rubbed, Bacon-Wrapped Chicken dish, beautifully roasted in the oven by Ellen...along with Jasmine Rice with Saffron & Chorizo and some home-grown Asparagus. 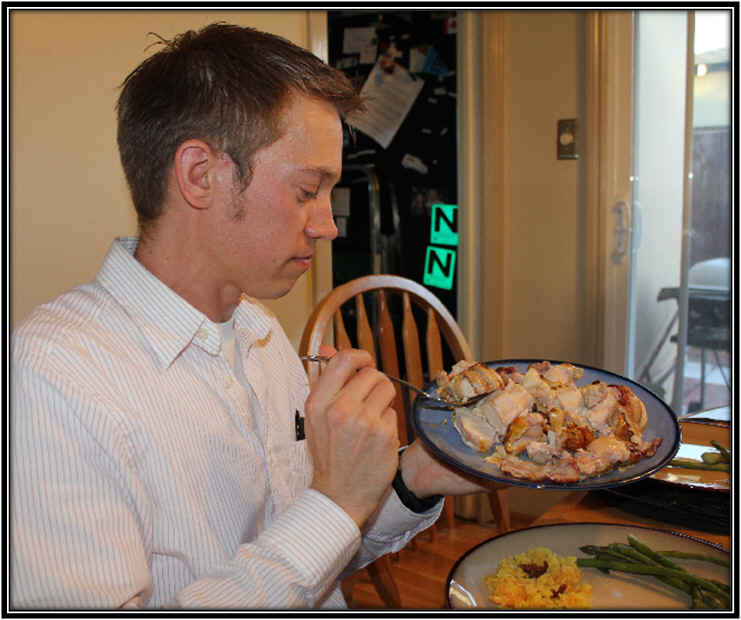 Accompanying this were a couple of 1994 vintage reds from Spain. 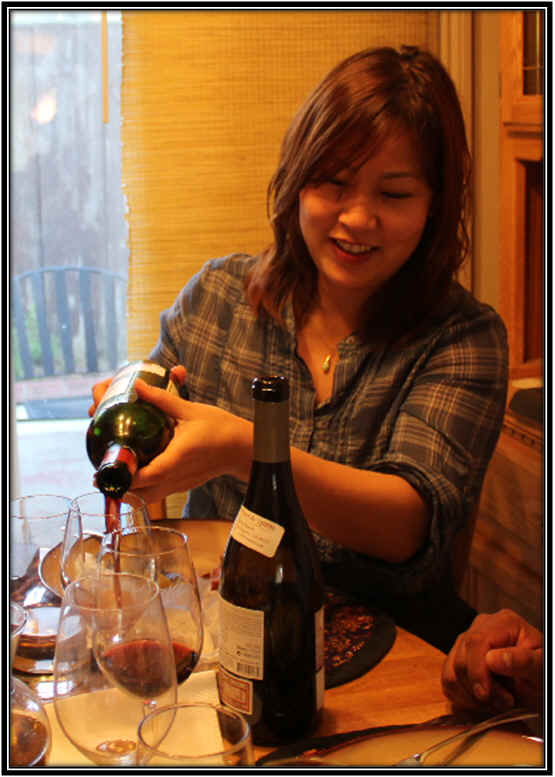 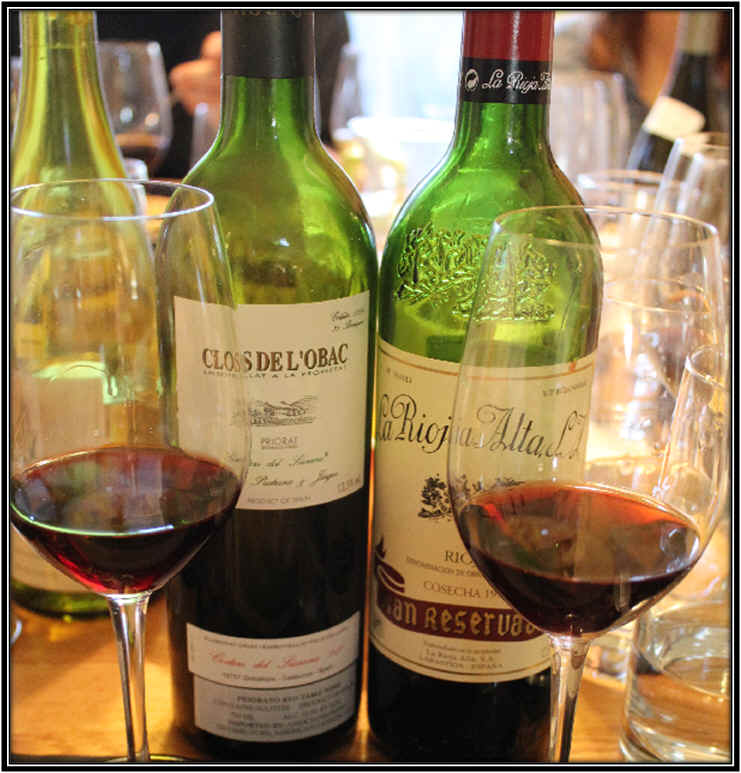 1994 Clos de L'Obac was a fine example of 'early' Priorat winemaking and the wine has aged beautifully!  It was one of the first vintages we had in the shop showcasing the new winemakers of the region.
The wine was quite robust and complex with dark fruits and some cedary, woodsy notes.
Grenache, Cabernet Sauvignon, Syrah, Merlot & Carińena...this was a delight and still can be cellared another 5-10 more years.

Alongside we had a classic Rioja from La Rioja Alta.  It was their 1994 Gran Reserva 890, a remarkable Tempranillo (95%) with a bit of Mazuelo and Graciano.  The wine spent 6 years in American oak barrels and there was a beautiful bouquet of dill and caraway in this wine.  It's medium-bodied and silky on the palate, with a good level of acidity.

Both wines were in top form and each a grand example of its region and type of wine. 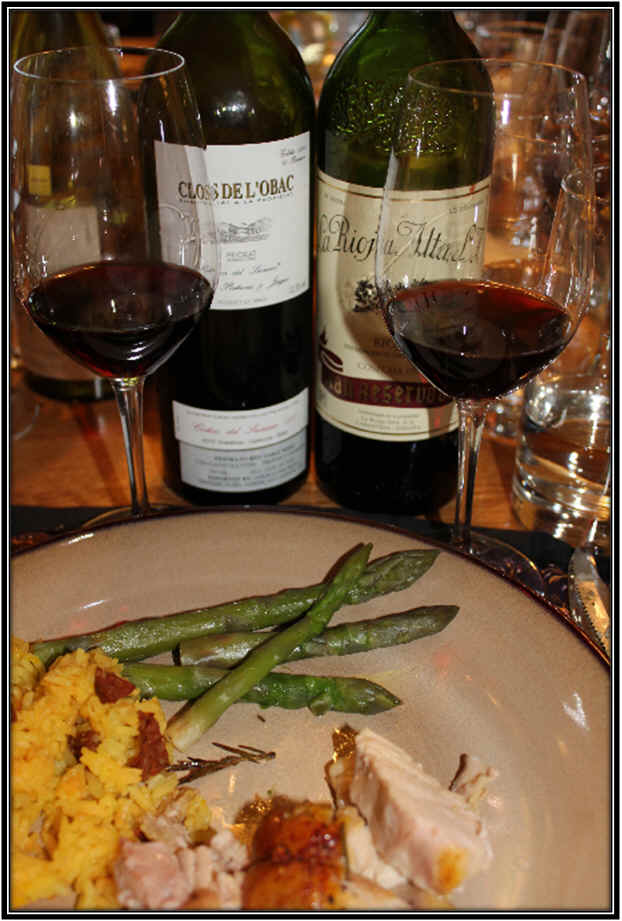 The homegrown asparagus were lovely and the chicken had a nice flavor and texture thanks to the garlic, saffron and the bacon...

Next thing we knew...there were Connie & Ralph sending each other text messages... 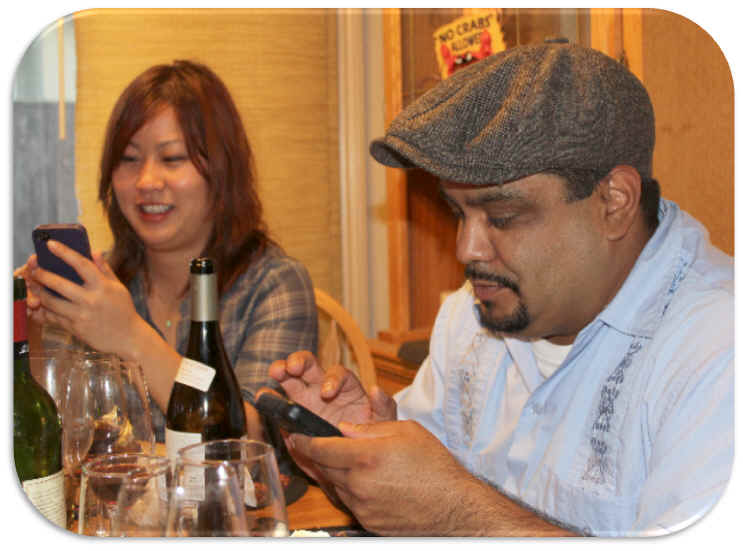 Kareasa then served her fantastic dessert... 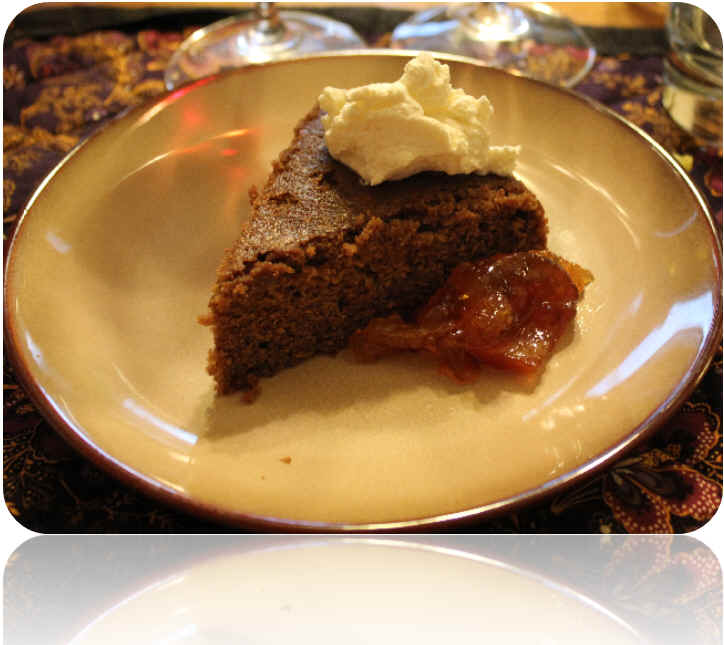 ...a Gingerbread Cake with some sort of Kumquat-Orange preserves, seasoned with Cardamom alongside... 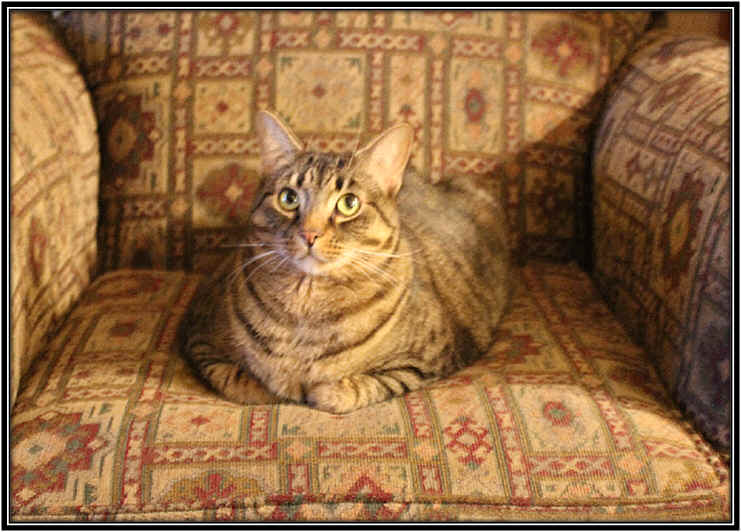 Here's one of the new kids sharing the house with Ellen and Brian... 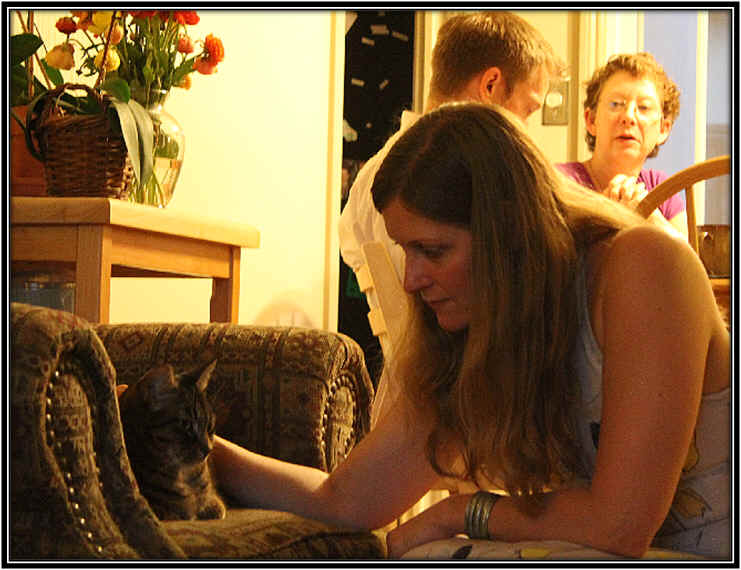 And then it was getting late, so we adjourned the proceedings... 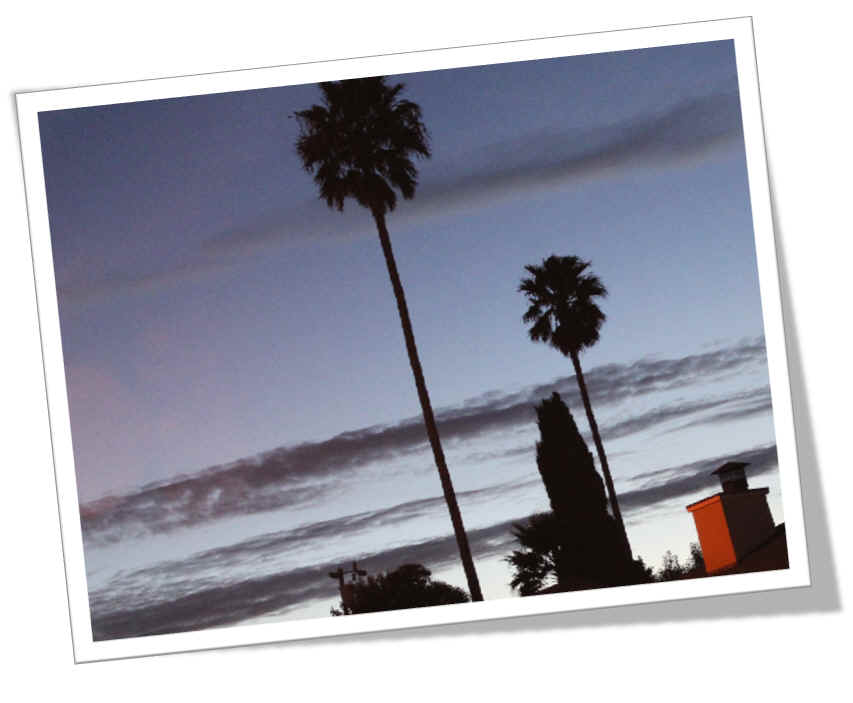 Thanks to everyone for pitching in with either the vittles or the vino!


BACK TO THE FIRST FOOD, WINE & FRIENDS PAGE