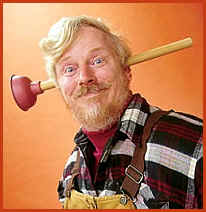 At the suggestion of a sales rep, we thought offering a new page allowing sales reps to blow off some steam.
It features stories of curious wine buyers and sommeliers.

If you are a sales rep and have a story to contribute, please send it along (of course, not naming specific individuals).

I was delighted to have a potentially exciting, new restaurant account which would be opening in the near future.  I met with Bill (not his real name) and he told me hed been in the business for nearly a decade and that he was familiar with my company and its portfolio of fine wines

We spoke about the state of the market and I cautioned him that a certain large (Behemoth) distributorship would be contacting him to, essentially, buy the wine list by offering him illegal free goods, free menu covers, free printed wine lists and the like.  Bill reassured me he was familiar with all their tricks and dont worry.

A short while later I meet Ted, Bills brother and partner in this new dining palace.  He wants to peruse my catalogue and seems impressed that we have insert winery name here and we have Chateau Whoop-tee-Do, amongst other notable wines.  I noticed he had a faxed copy of a prospective wine list from Behemoth Distributors.

I talked with Bill and he said you werent giving your entire list to Behemoth Distributors.  Ted explained they wanted to get a running start and would be giving me all of 8 placements once the place had opened.  I thought I might be able to secure additional slots on the list, so, at least, this was a foot in the door.

A few weeks go by and Ted wants to discuss the wine list as they are having their soft opening.  I consult my notes and mention the eight placements I thought Id secured earlier.  But Noooooooooo!  I ended up making just three placements because Behemoth Distributors gave the brothers new leather-bound menus and wine list covers.  They got 90% of the wine list and ALL the wines-by-the glass pours.

When I next saw Bill, I figured I didnt have much to lose (heck, a mere three slots on a voluminous list!) and ask him, point blank, Whats the deal?  He sweetly told me this was only a temporary list and that once the restaurant is more firmly established, Id get more placements.  Bill also had a list of particular wines he wanted to have on his list, wines my company doesnt sell.  He pledged to me that for every wine I helped him source, he would grant me an additional placement of my own.

Being a sucker and taking people for their word, I tracked down numerous sources for the various wines on Bills laundry list.

Several weeks pass and I thought it might be a good idea to see about cashing in on Bills promise to add some of my wines to their blossoming wine list.

Bill and Ted are both at the restaurant and I ask how things are going.  They told me things are excellent.  Business is very good!

Now I put them on the spot, asking for some additional placements of my products since Ive got good wines (better than many of the mainstream, salesmans quota offerings from Behemoth Distributors).  Ted stammers for a bit and finally explains that Behemoth Distributors maintains the list and they have the master copy on a disk and I have to contact them to add to or change the list.

As it appears theyve shut me out, for the most part and taken advantage of my wine knowledge and service, Im even more shocked when Ted informs me You know, tomorrow is our official Grand Opening.  Does your company have anything theyd like to donate to the festivities?

Realizing I have very little chance of actually earning more than a token placement in this temple of behemoth cuisine, I am direct and to the point.  With the veins pulsating in my neck and, I suspect, my eyes popping out of my head, I said Are you KIDDING ME?!?!  You guys have screwed me out of the promised eight placements to start, used my knowledge of the distribution market, promised me additional placements which you have no intention of making good on AND YOU HAVE THE NERVE TO ASK ME FOR FREE GOODS?!?!?!

Ted sweetly says Well, you know, a grand opening only comes around once.

To borrow a phrase from Gone With The Wind (or is it Gone with the Wine?), Frankly my dears, I dont give a damn!

Ive set foot in the place only once since then and that was to tell them my company picked up the distribution rights of Scarlett OHara Vineyards from Behemoth Vineyards.  Not that the brothers give a damn.

Making my weekly call to Neros Kitchen (not the real name of the place), Im berated by the sommelier because one of my budget-priced wines is being offered for five bucks a glass as a Happy Hour attraction at a nearby country club.

This wine costs $84 a case meaning a five ounce pour costs the place $1.40.  The sommelier accuses me of sweetening the pot and giving the competition a better price than Im giving them.  I should point out my company doesnt offer incentives beyond good service and fair pricing.  We give each account the same pricing, unlike some companies.

Monsieur Sommelier tells me he is throwing me out of the restaurant and is going to discontinue using my $84-a-case, wine-by-the-glass." Ouch!

Lets review this, shall we?  Everyone pays $7 a bottle for this wine.  Monsieur Sommelier charges $8 a pour for it and hes wigged out that another place in the hood is using it as a loss leader, charging five bucks for less than two-bucks worth of wine.  Oh!  And this is only for one day this month for a happy hour period tallying to two hours.  Its a one shot deal for the competitor.

I routinely field last minute orders from Monsieur Sommelier, who seems to not be able to manage his inventory.  This means I log serious mileage on my vehicle being a go-fer to pick up these last-second, will-call orders so the restaurant doesnt run out of my precious ambrosia.  I do appreciate their business, by the way.  Thats why Im usually willing to make these treks to the warehouse (which is not conveniently locatedits more than an hours drive in each direction).  My appreciation for their business is wearing thin, having been chewed out for someone using one of my brands for 120 minutes at a modest mark-up.

I spoke with the general manager of the restaurant, who values my wines and my commitment to providing them with great service.  He was dismayed by the unprofessional behavior of Monsieur Sommelier and he saved, at least, a few slices of my bacon in this place.

But the most ironic thing in this whole fiasco?
Monsieur Sommelier sells my $84/case wine during his Not-So-Happy Hour.  And he fiddles around with it for $4 a glass!

THE COFFIN COOLER
A Baptism into "The Wine Business"

This story comes from a woman who's been working in wine distribution for 3 decades.  It details her introduction into the industry.


The store was big with a beautiful selection of wine, spirits, and gourmet food products as well as cold beverages and frozen mixes. There was an open-topped freezer,  referred to as the coffin cooler, that I was standing next to as I waited my turn to see the buyer. Waist high, this open-topped freezer was filled with frozen cans of juices and mixes.  On such a hot and muggy day, combined with the jittery nerves in making my first sales call, the cold air felt good.

The time was passing slowly and I waited about an hour when the buyer finally called out Whos next? I stepped forward but before I could say "I am!", another rep shoved his way forward, pushing me into the coffin cooler. Bobby, an L.A. salesman thrust me out of the way so that he could go first. My butt hit the bottom of the cooler and my tailbone crashed into the top of cans of frozen juice. With my legs dangling over the edge of the freezer, the buyer inquired in a jovial tone, Oh dear, are you OK?

Embarrassed, humiliated and hot, I pulled myself out of the freezer. The buyer laughed as he lightly "scolded" Bobby. Shame on you Bobby for pushing this young lady into the freezer!

Then he turned to me asking You dont mind if I take him first, right? He needs to drive back to L.A. for an appointment and Im sure you can wait, OK?

Mister Buyer's tone was condescending and demeaning. I had no choice but to wait. Though furious, I was determined to get an order. I didnt care if I waited all day; this buyer was not going to get the best of me.

I waited another 30 minutes while he gave Bobby-the-Creep, a nice big order. Finally, he called me forward to the counter.

As I approached the counter a salesman from another company tapped my shoulder and said, Excuse me, but you have some white stuff on the back of your coat.

Having a look, I found a thick piece of  ice stuck onto the bottom of my jacket. My tailbone ached as I had landed on the edge of a can and I could feel the beginning of a nasty bruise. At that moment I felt tears welling up, but held them back. I suspect the look on my face helped me to sell several bottles of German liquors and ten cases of wine. The order totaled a few thousand dollars. I felt somewhat vindicated although I could not wait to get out of Ventura County.

That evening when I called my boss he congratulated me on my sale.  This buyer, who had a reputation as being 'difficult', proved to be a "pain in the ass," literally and figuratively.

A moment after my chat with the boss, the phone rang.  It was my Mother who sang out her congratulations, saying, Its so wonderful that youre in the wine business. I was talking to your Auntie Donna and we just think its thrilling!  It must be such a glamorous job!

I didnt have the heart to correct her.

Gerald, heres the difference between 1977 and 2007:
Coffin coolers are obsolete. They are energy inefficient and I would be shocked to find one remaining anywhere in California. 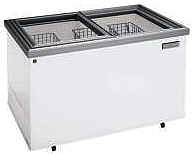 A Sales Rep's Conversation with a Restaurant Buyer

A Look at Ride With's

A Sad look at how some wineries strategize their wine marketing.