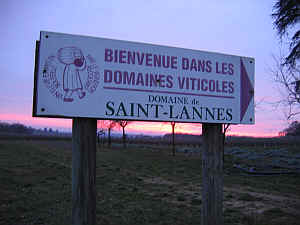 We buy his Domaine Duffour wine of the Cotes de Gascogne appellation.

Duffour is truly a magician.  I've visited in the winter several times, tasted various tanks of wines and have tried to make a suitable blend of these.  But Michel's own blend is always the best. 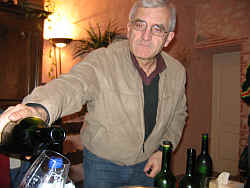 The wine is predominantly Colombard, so it's different from the other couple of Cotes de Gascogne whites we often have in the shop.

The 2018 has just arrived and it's Michel's usual fine work...great aromatics, fruity and bone dry with intensity and refinement.  Lots of fresh, citrusy notes...this is a classy little wine and nobody tasting it could imagine it carries such a nice little price tag. 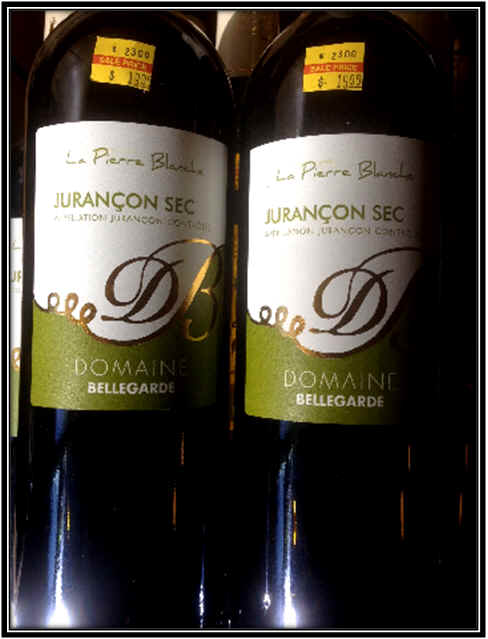 The Labasse family owns the Bellgarde estate in the southwest appellation of Jurançon.

This appellation is known primarily to supreme wine geeks as it's well below the radar for even fairly knowledgeable French wine aficionados.
It's a white wine appellation and it's close to Spain as you're not far from Pamplona or San Sebastian.  It's inland from Bayonne, for example.

Vineyards tend to be on terraced hills and the grapes in this region are a bit unusual for most wine drinkers:  Gros Manseng for the dry wines and Petit Manseng for sweet offerings.
But they also cultivate one hectare of an obscure, forgotten variety, Camaralet.  It's said to be tricky to grow and it doesn't always produce a bountiful crop.  But when it does come to fruition, it contributes a peachy, white flower sort of fragrance to the wine.

We have their "La Pierre Blanche" bottling of Jurançon.  This is predominantly Gros Manseng with a bit of the first pickings of Petit Manseng and a touch of the Camaralet. The grapes are all hand-harvested and the fermentation is done using the indigenous yeasts on the grapes and in the cellar.

The wine is matured in wood, but the oak is so far in the background, you might not detect it.  The aromas, according to the Labasse clan, displays coriander and menthol with sweet spices and fruit.  I didn't interpret the fragrance as that of menthol, but there's an herbal/spice quality here with perhaps a vague suggestion of tropical fruits.  It's dry, of course.  Perfect for many seafood dishes especially white fish, roasted chicken, goat cheese, etc. 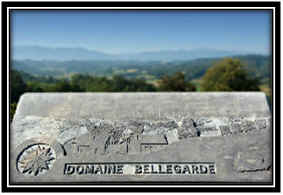 The Dordogne is a wonderful region in the vast region of Aquitaine of southwest France.

Eleanor of Aquitaine married an heir to the English throne in the 1100's and the region remained under British rule until the 15th century.

Well, the Brits have returned, this time in the person of Sir Charles Martin.  Monsieur Martin has 18 hectares of vineyards on the 40 hectare property in the appellation of Bergerac.

Charles describes the winery as a "terroir-based vineyard."  When you ask him what the percentages of various grapes are in particular bottlings, he makes his best guess.  The idea is that a particular vineyard produces various varieties according to Mother Nature's bounty and so one year the blend of his Cote Sud is 70% Semillon and 30% Sauvignon Blanc...but the percentages may vary a bit according to the vintage.

Martin cultivates six varieties.  The white wine vineyards are planted predominantly with Semillon, though there's a small amount of Sauvignon Blanc and an even smaller planting of Muscadelle.  The red wines are based on Merlot, with supporting roles played by Cabernets Sauvignon and Franc.

Charles shows off some prized vines on a cool, sunny morning in the middle of winter.

Amidst the La Colline vineyards is this curious little residence.

Meanwhile, down the road at the vinification facility, you'll find tanks with curious stickers on them.  Charles tastes each tank and ascribes a pet name to each.

We're not sure what to make of this tank.

Frank & Forest Gump...Bombay Mix...Picasso...Chewing Gum...
Sounds like quite a wine.

I think he meant "Bob Dylan," unless the name of his car mechanic is Monsieur Dillon?

I'm hoping this is a tank of white wine.

Spelling is not Charles' forte.  Happily, winemaking is.

There is another cellar with barrels for maturing the various wood-aged wines.  After having a taste of various tanks of newly-fermented wines, we visited the other cellar.

Charles Martin tasting with various American celebrities.
In the middle is Jeff Berlin, inventor of Rogaine.  On the right is Charles Neal, a contestant in Dancing with The Stars.

I found more curiously-named lots of wines in the barrel cellar.

Finally!  A barrel with the name of a particular vineyard!!!

We enjoyed a wonderful dinner with Charles and his lovely wife Gerrita.

The white wines produced at this estate are terrific.  We sell a fair bit of La Colline's white as it's a terrific expression of the Sémillon grape.

A molded serving of polenta with a small branch onto which the ostrich pieces were skewered...then poked into the middle of the polenta and surrounded by beans!  This was delicious with the La Colline red wines.

We had three wines from this estate...

The 2006 Bergerac Blanc is about 90% Sémillon and 10% Sauvignon Blanc.  This is a mildly minerally white wine with a hint of smokiness.  It features the estate's best blocks of Sémillon.  I gave a bottle to a local winemaker who is located in California's Livermore Valley, an area once famed for its Semillon.  Perhaps it will, one day, again be famous for this variety thanks to the wonderful work of Charles Martin in France's Bergerac region!

The 2006 Bergerac Rouge is a lovely expression of Merlot.  It displays nice red fruit notes and is a plump, round, well-balanced wine.  Though it may cellar nicely for a few years, we view this as an immediately drinkable bottle.  Pair it with white meats or red...What a delicious wine.  And it's a "best buy" in our book.

Since Charles has a rooster as his logo, we've dubbed his delicious sweet dessert wine, "Confit de la Colline" as "Coq-A-Doodle-Doux."  It's predominantly Sémillon with about 15% Muscadelle.  The wine easily rivals most any of our Sauternes in the shop, save for Château d'Yquem.

So, yes...we're big fans of these wines.

UPDATE:  Charles and Gerrita were divorced some years ago...and he's routinely found selling the wines to be more challenging than making them.  As a result, he closed the winery and moved back to the UK.  :(

BACK TO PAGE 3 OF OUR "SOUTH OF FRANCE" PAGES